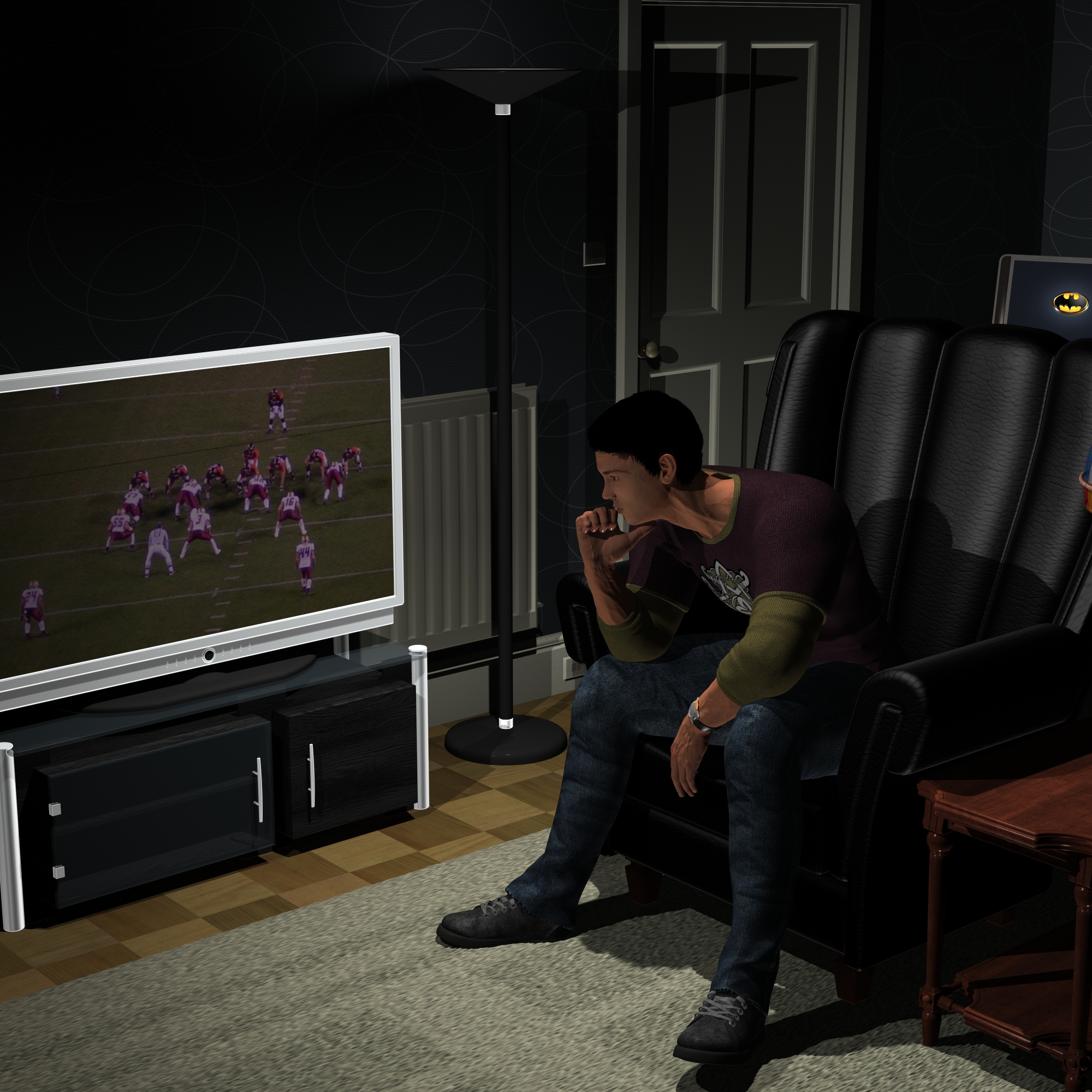 Dick Grayson sat in his humble little apartmentwhichhe chose to live in to try to lead somewhat of a normal life as a student at the university. He needed a place away from his partners place, it was just too fancy and he was not free to do what he wanted. He could never bring any of his women friends back to Bruce's mansion. It would not be right to entertain them in a house he was a guest at. It might have been alright if it was an occasional date, but Dick considered himself a stud, and like to bring a women home any chance he got.

Why not, after all look at his body, what was not for the women to like, no lust over. He was six foot tall, and in perfect condition, not an ounce of fat on his muscular frame anywhere. His face was perfect if he did say so himself. Then there was his massive chest, strong and sturdy that leads into his solid eight pack washboard abs that could take a pounding from the best and not give an inch.

As he sat their losing interest in the game, thinking more and more about himself, he began to flex his arms, admiring them as he did. They were perfect as well, strong and full of muscles, they could lift over three hundred pounds at the gym, as well as defend him against any enemy in fight. His legs were in the same condition, bulging muscles, thighs that looked like tree trunks, calves that were the size most guys upper legs. The kicks he could deliver with these and the speed they generated were amazing. Yes, he thought to himself, he was the total package, but he had not even gone to his best feature.

His hand slowly dropped to the front of jeans. Yes, this was his best feature. He knew there were very men who could match him when it came to this. It is what all the ladies wanted and Dick was more than willing to give them all they wanted. The touch of his hand caused his manhood to come to life, beginning to snake itself down his inner thigh looking for a way into the light. Dick let out a sigh at the feeling of his member engorging itself with blood as he continued to tease it through his jeans.

His mind wandered to Janae, the girl he had taken home the night before. He knew she had wanted him for the longest time and he finally decided to take fulfill her desires. She was ok looking, but not a ten, maybe more like and eight in Dick's book. However what she lacked in that area she sure made up with by her performance in the sack. She was a tiger to say the least. Dick liked his women to work for their prize, and he usually made them work hard. Janae was great where foreplay was concerned, she knew how to keep little Dick hard and aroused, that is if you could call twelve inches plus "little Dick."

She gave him a mind blowing blow job, she somehow managed to take his entire manhood inside her throat and then did this thing, he couldn't explain it, but it felt like some kind of vibrator on his cock, it drove him mad, infect almost to the point of him losing control, which is something Dick never had a problem with. When it came to getting off, Dick only liked one way and that was deep inside a hot pussy. This girl sure had one. She road Dick like there was no tomorrow. Dick had her doing just what he wanted, as he lay back on the bed relaxing. She climbed on top of him riding him like the thorough breed he was. She had about worn herself out by the time Dick decided he was ready to enjoy himself and release.

Once she had done her job, and cleaned him up, he sent her on her way; he wasn't one to have someone actually sleep in his bed with him. No she had got what she came for. All these thoughts had Dick fully aroused now and wishing he had found someone to bring home for the night. 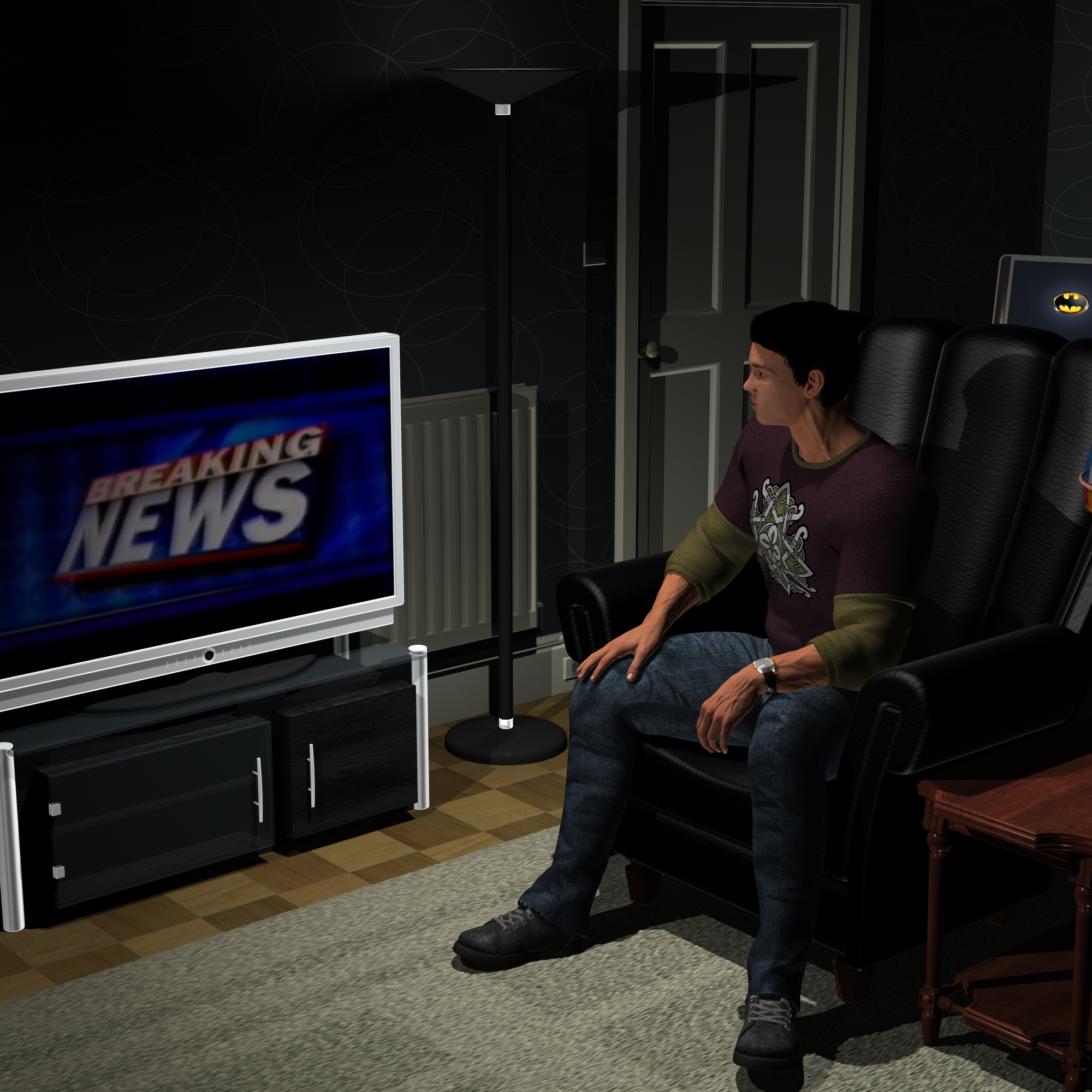 Lost in his own thoughts and lust Dick was pulled back to the real world by a loud beeping noise coming from the television. The screen was flashing with breaking news. Dick snapped to attention as he was on call because Bruce had been called away to another part of the world on some business deal. Dick loved times like this. He was in charge of the safety of the city. It also gave him the opportunity to prove himself to Batman. Besides if this was a real emergency and he played a role in solving it he would make the news and have even more girls fawning over him as Robin.

He loved that, if there was one thing better than impressing the ladies as Dick Grayson, it impressed them as Robin. It fed right into his ego. He loved the way they fawned over him and rushed up to him, trying to touch him. Something he love and wanted, but Batman never liked, when he was with him they were all business and when business was done they went back to the Bat-cave. Times like this were a chance to change all that.

Again momentarily lost him his sexual reverie, Dick began to think about picking one of Robin’s many female admirers and giving them a treat. Tonight could be that chance. He thought he could blindfold one of them, bring them back to the ever secret Bat-cave and show her the time of her life, after all no one other than he or Batman had ever been inside the Bat-cave, and certainly no one had ever been with Robin, at least to their knowledge.

The twenty one year old stud listened as the newscaster was describing some unknown and mysterious disturbances at one of the buildings in the downtown business district. There were multiple units on site searching the area and trying to find something, but no one was saying what it was. Dick knew this sounded like something that would require his help. He was glad Batman was beginning to trust him more and more to handle things like this on his own, it had been a long three years since he met Batman and was taken in by him after the tragic accident that left him alone in the world. He knew he could always call Batman and he would be there in a flash, but he did not want to bother him with it until he had assessed the situation to see what exactly was all involved and how serious it was. He jumped to his feet, grabbing his jacket, heading out the door to the back entrance of his building. 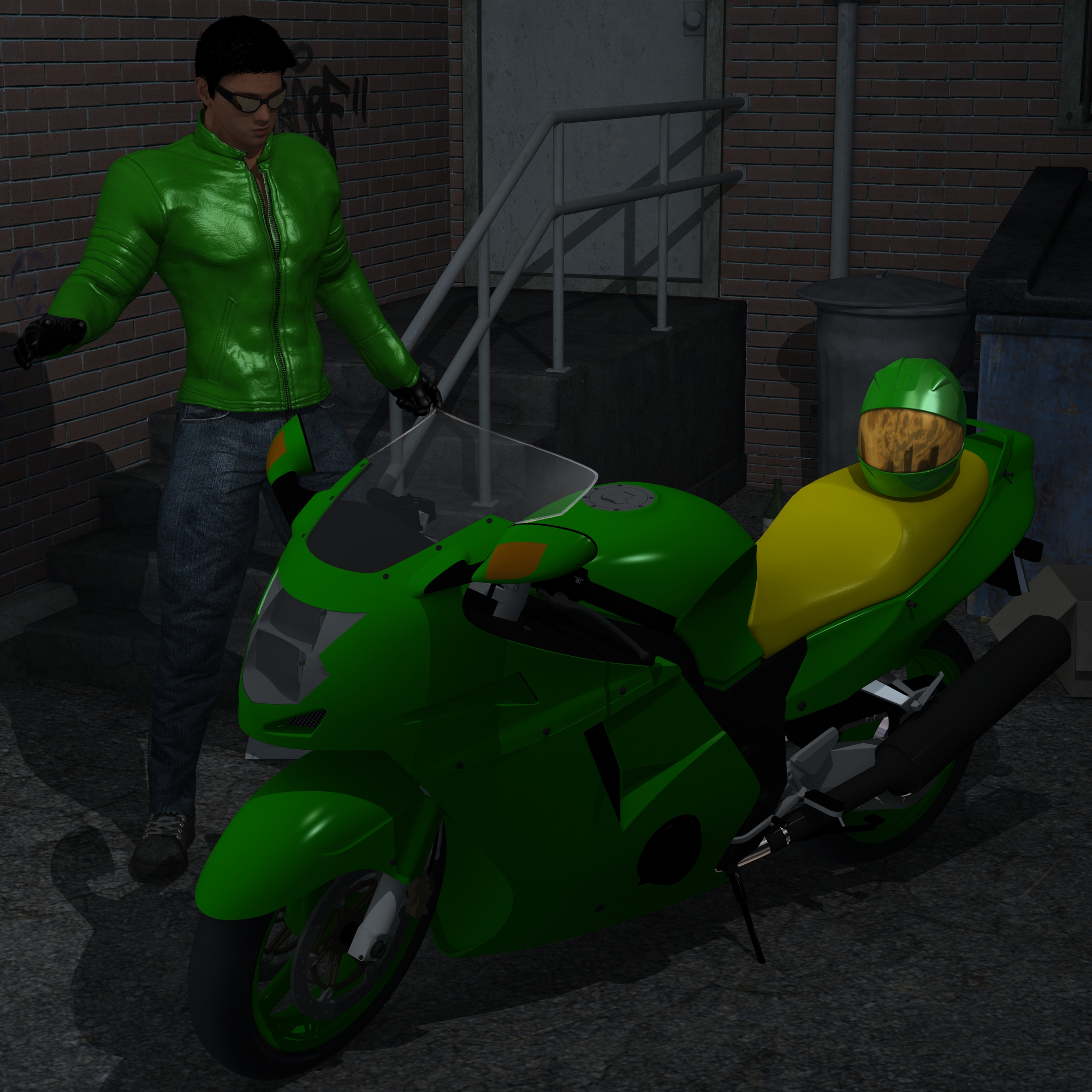 Dick ran down the ten flights of stairs, it was quicker than taking the elevator, especially with the top physical shape his body was in. In seconds he was out the back door, barely out of breath, ready to jump on his waiting motorcycle to speed off to their headquarters, the Bat-cave, to try and see what information he could gather before going to investigate what was happening downtown.

The Bat-cave was a secret location near Wayne Manor. Dick was about ten miles away from it but it would only take him mere minutes to get there on his cycle. This may look like an ordinary motorcycle, but it was far from it. Dick had added several non-stock items to it that had been enhanced by the engineer of Wayne industries. Needless to say, the cycle had super speed and handling and topped out at more than two hundred fifty miles per hour.

Dick zipped up the bright colored green leather jacket he was wearing, strapped on the helmet and pulled his skin tight black leather gloves on. He was ready to as he mounted his crotch rocket. With a turned off the key and push of the started, the engine fire to life with a roar. He twisted the throttle sending a vibration through the cycle which made contact with his already aroused crotch which has resting against the fuel tank. Dick releases the throttle and stood up to adjust his manhood to a comfortable position for the short ride. Kicking the stand up and out of the way, he took off out of the alley, hitting the streets. Oh how he loved the feel of this cycle between his legs!"