Now don’t be mistaken about all this. I am not in love with him and we have little in common. I got close to him because I wanted his body, not his friendship or affection. After graduation I moved on to jobs in Puerto Rico, New York City, parts of New Jersey and now I live and work in Upstate New York.

During this time I have has three lovers and have fucked my brains out with hundreds of men. None of them were Ignatius Harding. I still have the jerk-off fantasies of what I would do to him should I get the chance to have him under my control. They are very hot images and yet they are unfulfilled to this day. I hunger for closure with the Harding boy. I don't care whether he is straight or gay. I need to pay him back big time. It is not that I am so obsessed with revenge that I go to the point of doing him any serious harm or that I am contemplating an abduction scheme, but I hope that someday I will get the opportunity to have Ignatius Harding in my hands, so to speak.

Wonder of wonders, it just happened. I am in The Water Works pub on a Thursday evening around eleven o’clock having a beer and talking to some friends. The upstairs isn’t open tonight, so by force of habit, when the front door opens, we all look to see who is coming in.

The street door opens and guess who should walk in? Nobody but Ignatius Harding. This may settle the question of whether he is straight or gay. Fuck he looks better than I remember. 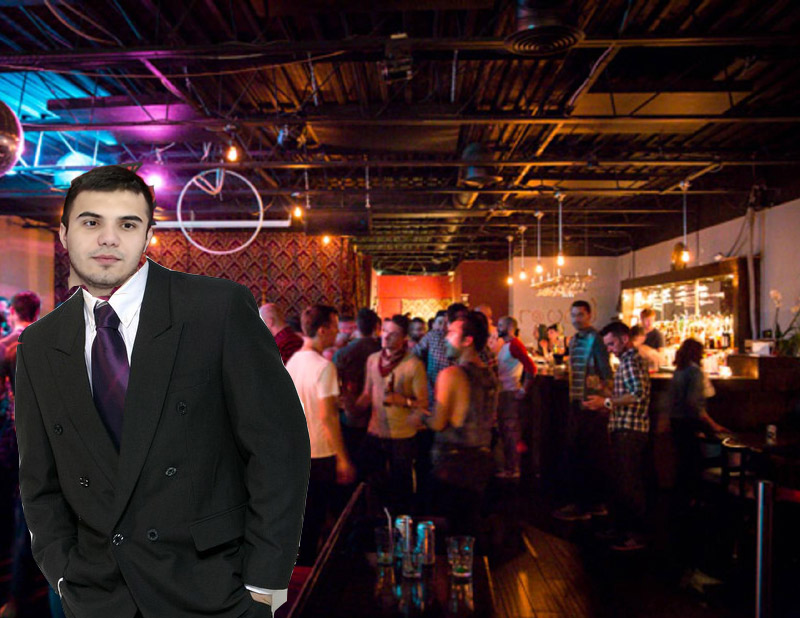 We both are a few years older than our college days, but whereas before he has a pretty good body that carried some extra weight, now he appears trim and buff. He wears a black three-piece suit and obviously in town on business. The place is customarily dark so he doesn’t notice me.

I am completely floored to see him and as I casually watch his progress through the bar area, I consider my choices. Most times a fantasy fulfilled is never as good as the fantasy itself. Do I want to risk spoiling the dark fantasy with the light of reality itself?

He orders a bottle of Blue Labatt’s beer and sits down at the bar ignoring everyone else. Maybe he doesn’t know that he is in a gay bar, after all, the place looks like any other gin mill on Central Avenue. In a small town bar such as this, there is a mix of people from all spectrum of the gay rainbow: from leather numbers to lesbians and bisexuals to transvestites. So if you are not in the know, you wouldn’t know right away.

I have sorted through my mind enough times just what I would do with Mr. Harding, if given the opportunity, so that isn’t the problem. What may be difficult is luring him back to our place, my lover’s and mine, without resorting to drastic measure, If worse comes to worst, I could slip him a Mickey, but I don’t want to have to resort to that. Although I have just the pill in my pocket for emergencies and I have used such methods before on unsuspecting hot guys. Afterward they would tell us that they had a great time with the scene. This time I want Ignatius to be clear headed, wide awake and alert to what I have in store for him, with the help of my lover, who is at home now.

Thanks be to God it is easier than I had hoped. I go up to him at the bar and engage him in casual conversation for a few minutes. He is a friendly guy but still a boring conversationalist even after all these years. I put up with his small talk prattle for a few minutes until I drop the question: “Didn’t we go to school together?” At first he doesn’t recognize me because now I lost a lot of weight, go to a gym and wear contact lenses.

Then it hits him when I tell him my name. This is the critical point. Either he remembers our checkered history or not. Whether or not he does recall our last encounter in the bathroom, he doesn’t bring it up. His mood doesn’t change as we continue to rehash old times and remind ourselves of the funny events of our school years.

He tells me he is in town on State business, this being the State Capitol. He tells me he is a lobbyist for some World Peace and Justice group downstate at the United Nations and he hopes to have some important legislation put through the state legislature in favor of his clients. The matter has been concluded sooner than he thought and he is not due back in Hartford until Monday. He has been married but now is divorced with no children. He doesn’t go so far as to tell me wry his marriage broke up. I have my suspicious why.

Baiting the trap, I invite him to dinner at my home in Loudonville tomorrow evening. A best friend will be there who would be pleased to meet him, since he had heard me talk about him on many an occasion.

Surprisingly he accepts without any hesitation. I tell him that my place is difficult to find if you don’t know the area, so I will meet him for drinks around seven o’clock at the Desmond Hotel where he is staying. With that in place, he finishes his beer and leaves.

I am so excited!

Finally I will be able to make my ultimate fantasy a reality, no matter the repercussions. After all, whatever the outcome, he is a consenting adult and I have enough influence with the local authorities to convince them that what will happen, never did happen. That is the advantage of having political clout in small town politics.