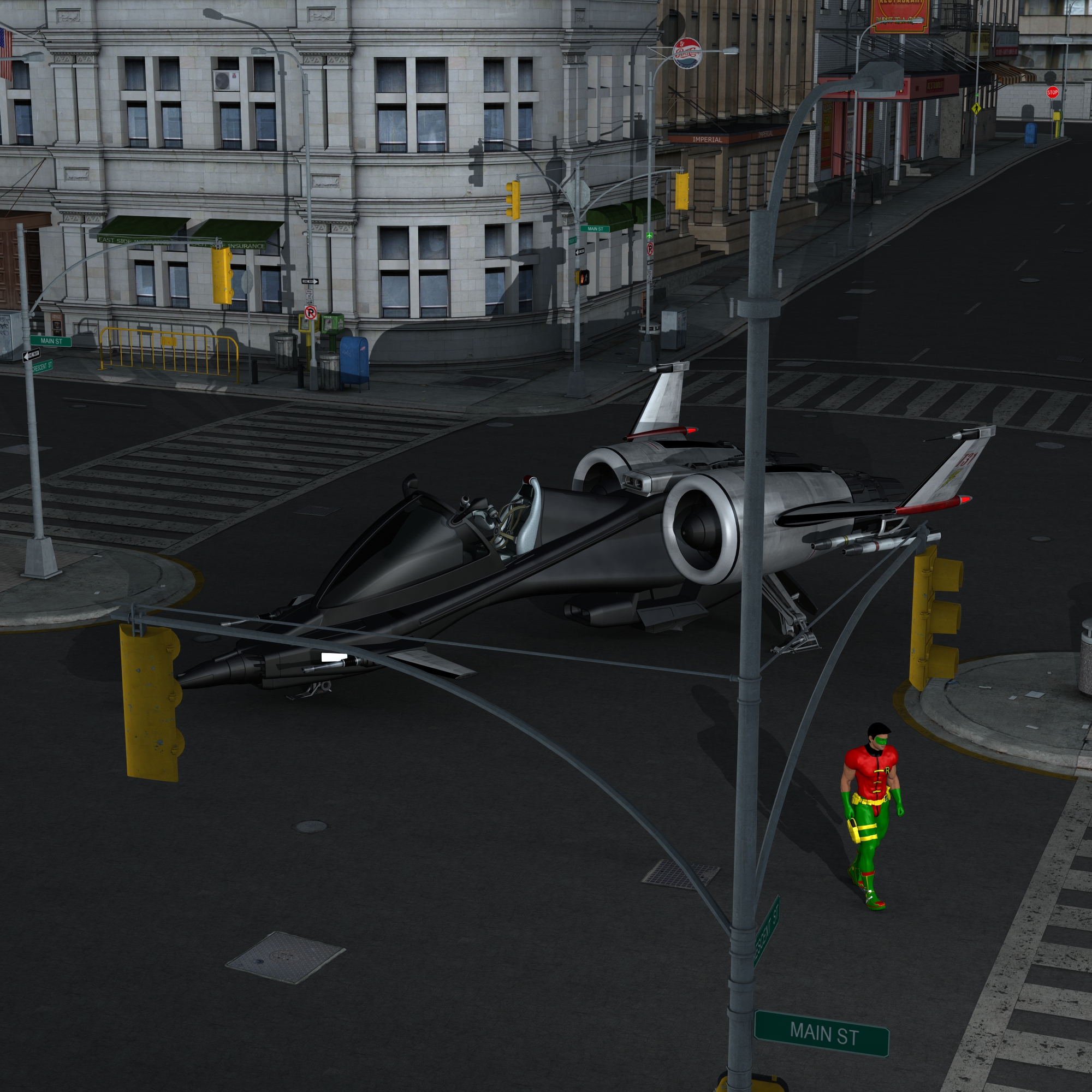 The computer did give him on bit of helpful information, the location near Main and Crescent Streets. When he arrived at that intersection he had no issue setting down right square in the middle of it. Normally at this time of day this place would be packed with cars, buses, trucks, and people, but not today, it was empty as empty could be.

He shut it down, sitting in the cockpit for a minute looking around and listening, but there was nothing. There was no one. The silence was almost deafening, there was nothing, no car noise, no honking horns, no screaming, not even the noise from machinery. It was dead silent. Slowly he raised his hand to the buckle in the center of his chest unbuckling and standing up on the seat to get a better look, but the view was more of the same.

He felt the hair on the back of his neck raise, as he cautiously dismounted. Once on the pavement he looked around but there was nothing, just asphalt, metal and buildings, it was spooky to say the very least! He wondered what the hell was happening, what could cause this? Maybe he should have called Batman in, but it was too late now he was not going to run. He began to make his was to the location the computer had given him, constantly looking back over his shoulder, not sure what he was facing or who was watching him from where. 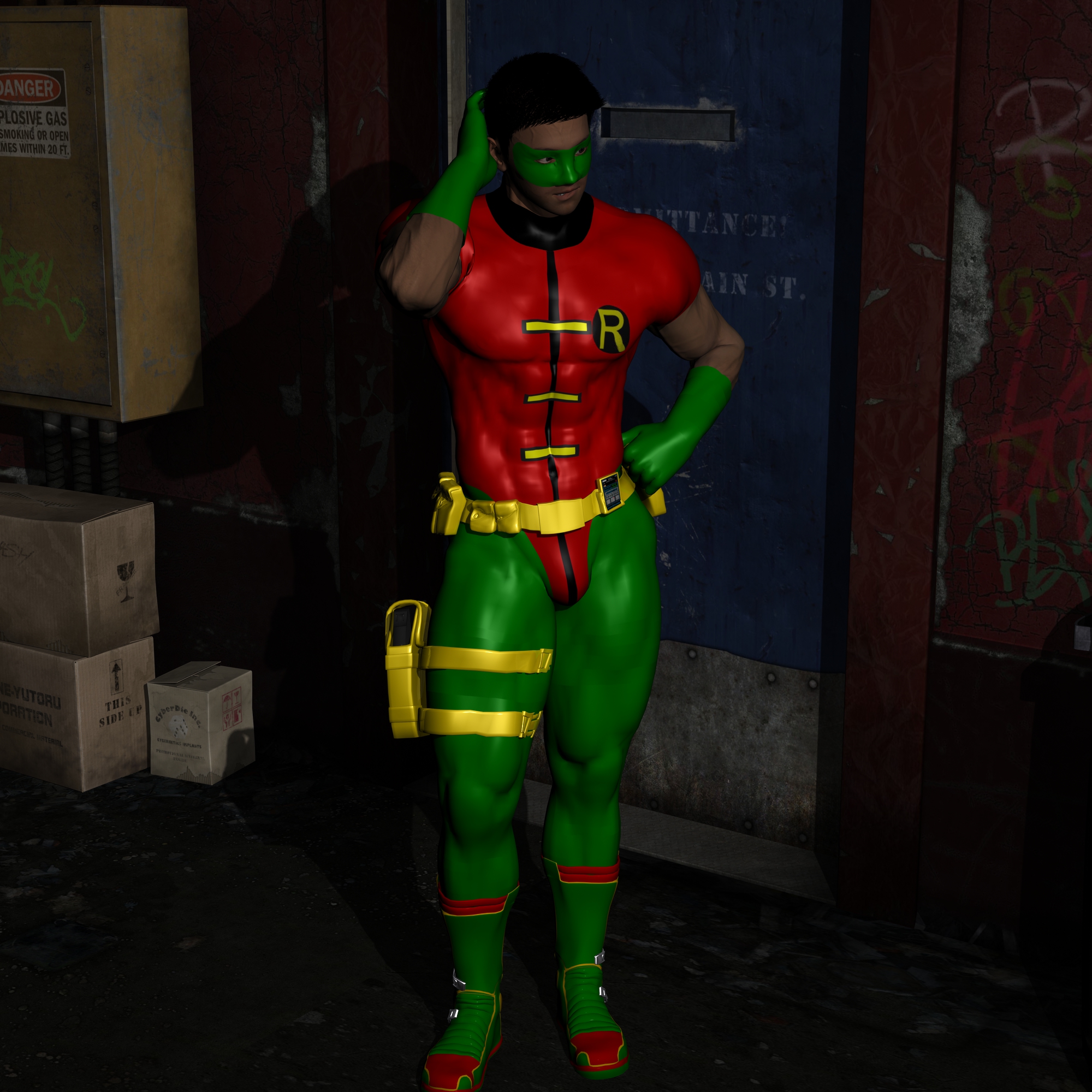 Robin made his way up and down several alleys and cross streets in the area where the problems had been occurring; looking in doorways, and buildings, but everything was quiet; nothing appeared out of the ordinary, with the exception of the city being void of people. Where had they gone and why? That was the question; there were no signs of disturbance or a fight or battle. How could that many people disappear with no trace? It didn't make any sense. He continued his search.

After a while Robin paused, pondering what to do? Should he give up? Should he search some more? Should he call Batman? He hated that idea, he didn’t want to admit defeat, and he needed to solve this on his own. He decided the best course of action would be to head back to the Bat-cave and see if the computer had anything new to offer and come up with a new game plan. If he couldn't come up with something he would be forced to call Batman home. 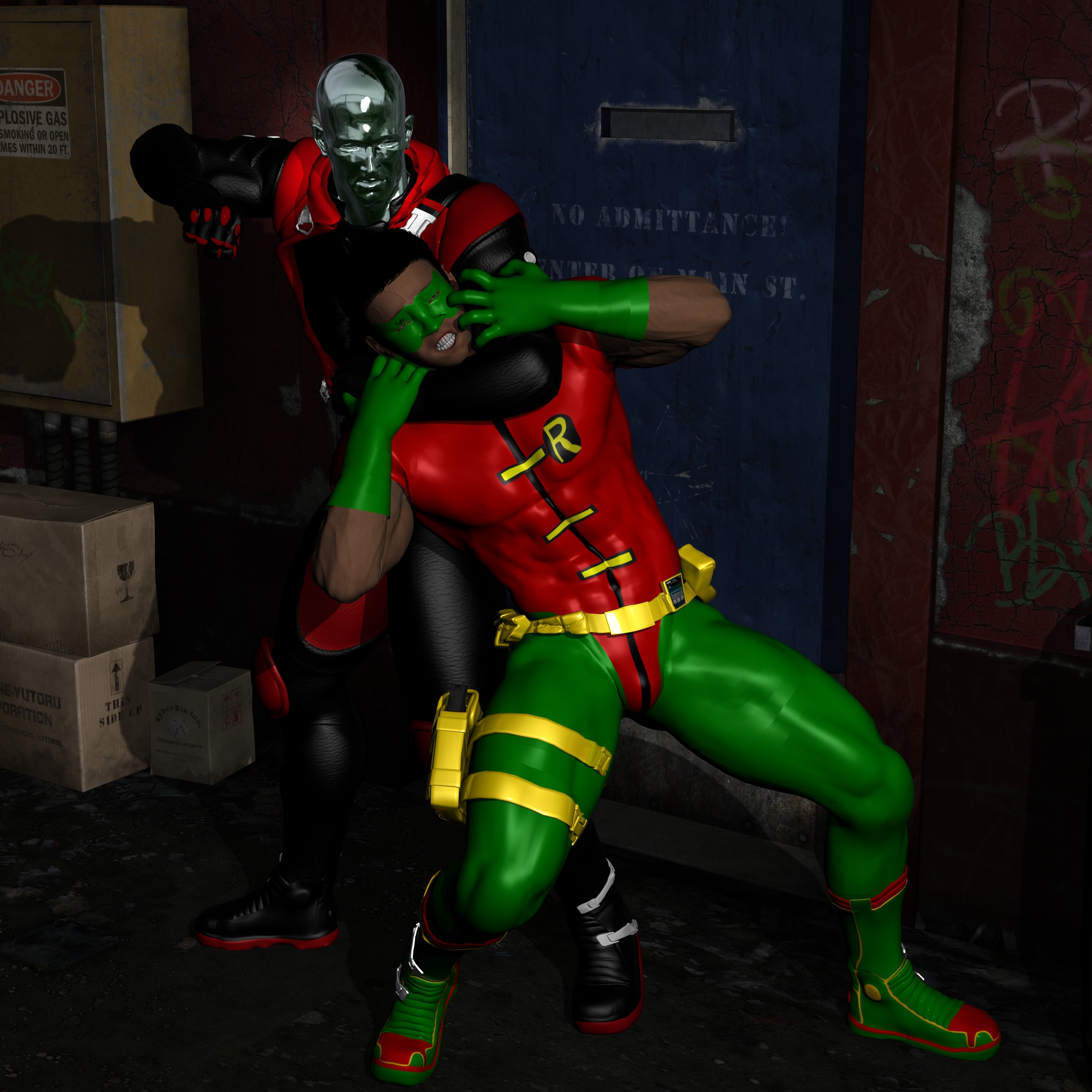 Little did Robin know he was being watched? Before he could finish his thoughts and head back to the Bat-jet, Robin was grabbed from behind, around the neck. Robin felt the vise like grip of an arm tighten around his neck cutting off the air and blood supply to his brain. He was caught totally off guard, something that should never ever happen to a superhero. He grabbed and clawed at the arm trying to pull it away or at the very least loosen the grip, but it was no use, it kept getting tighter and tighter. 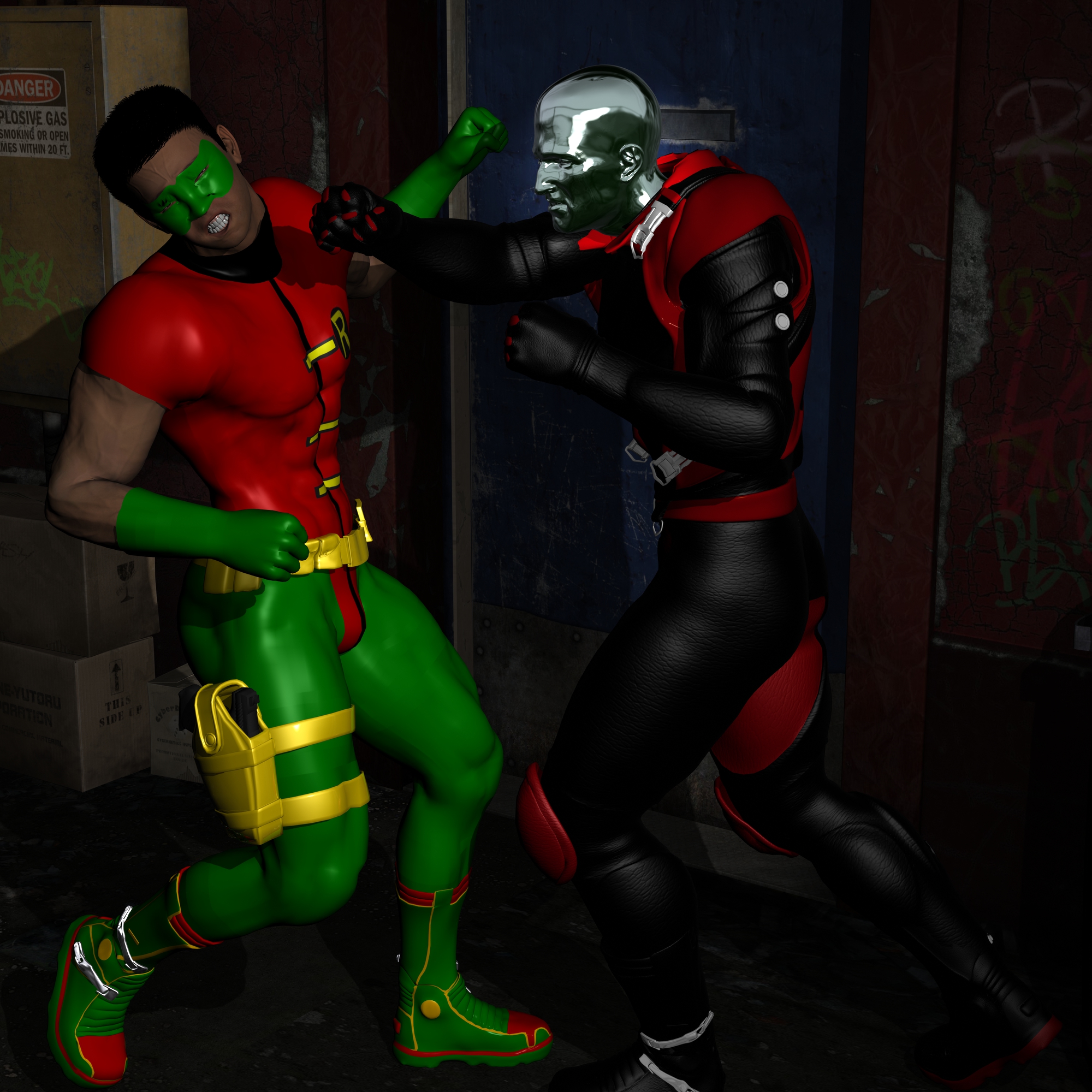 Robin didn’t know if it was the sudden surge of energy he threw at his opponent or if the person holding him let him go for some reason, but he was sure it was the earlier, his strength had prevailed as it always did.

When he turned, getting his first glimpse at the man who attacked him, he was floored. He could not believe his eyes, he had never seen a being like this before, and he had seen a lot since joining Batman. Robin was not sure of what he was looking at was man or machine or some sort of combination of the two.

Whatever it was had the form of a man, be it appeared to be made out of some kind of silver metal. Was it some kind of robot or alien species? He or it whatever it was moved like human and not a machine. Right now that didn’t matter; those questions would have to wait as the attacker was coming at Robin for round two.

Robin knew now that he had this thing in front of him he had the advantage. The two of them battled back and forth. When Robin managed to land his first blow to the mid-section of his foe, his hand stopped with a thud, it was like hitting solid steal. He slowly pulled back his hand in pain, "What are you?" He muttered.

The stranger, for lack of a better stood there unhurt with a slight grin on his face, as if challenging the Boy Wonder to try something else. Robin had to think fast, he knew his weapon would have little effect on him if he was made of metal; he grabbed a piece of pipe that was lying in the alley.

Now wielding the pipe he was sure his opponent would back down, but that was not the case. He stood in front of him almost daring Robin to hit him again. Robin obliged him, swinging the pipe as hard as he could, this time landing it on the side of his face. It was the same result, like steal hitting steal, as the pipe vibrated back in his hands, doing more damage to him than it did to his attacker. As Robin looked at his face, the same smile remained and he was unfazed.

Before he could react the metal man resumed his attack on the hero, this time landing a solid punch to the jaw of Robin. It sent him reeling backwards, to the dirty alley floor. He was dazed but not out at this point. He knew he had to come up with something big.