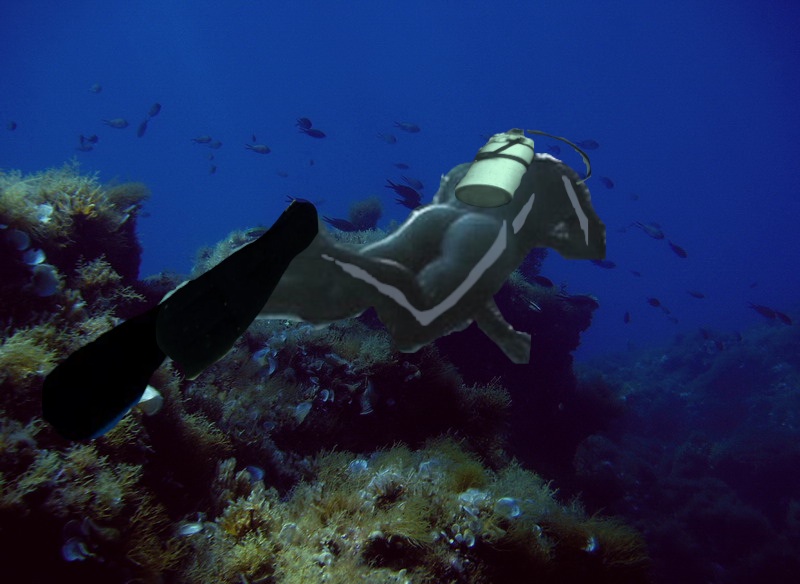 It is not silent in the depths. The hollow crackling sound of the creatures which feed on the coral, the movement of water, and of course the steady rhythm of one's own focused breath echoing into one's regulator. It is not silent but it is serene, and beautiful. Navy Seal Lieutenant Jason Flint wished he had time to appreciate the rainbow of coral that surrounded him, as he skimmed passed a billowing lionfish floating near a giant clam, but this was not a vacation in the Seychelles. He was on a mission.

Intelligence had information that arch terrorist; "Qube" had built an undersea laboratory near this site and was planning to detonate explosives along the tectonic plates. His assignment was to locate signs of this structure and report back to the submarine. More air-brushed than clothing, the spandex of Flint's suit recorded every ripple, and contour of the play of muscles which worked to push him smoothly through the water. Flint had not developed his body to lethal perfection out of vanity. Rather the square jawed twenty seven year old warrior had devoted every hour of his life to toning body and mind to an absolute killing machine and protector of his nation. He had succeeded. For the sake of aerodynamic efficiency he wore only a jock strap under his second skin of spandex, leaving each sculpted contour highlighted without interruption, and he moved, graceful, slick and seemingly uncovered as the acid green eel, which darted under a brain coral in the corner of his eye.

Something else caught his eye, a sharp bright something, which didn't belong. Shark like, he changed direction and darted toward it moving smoothly through bits of loose floating sea vegetation, translucent and very visible this cloud of vegetation seemed to grow thicker collecting onto his body suit growing so dense it inhibited his movements. He countered to move back around, and try another approach, and finds he is unable to extricate himself. His steely blue eyes widen as this mysterious sea grass grows web like, the more he struggles against it he finds the more entrapped he becomes.. A quick check at his pressure gauge reveals a concerning depletion of oxygen. A fighting machine like Flint does not panic, but he does move slowly to test the strength of this new problem. His massive shoulders, and thin hips undulate slowly as he searches for potential weakness in his mossy opponent . 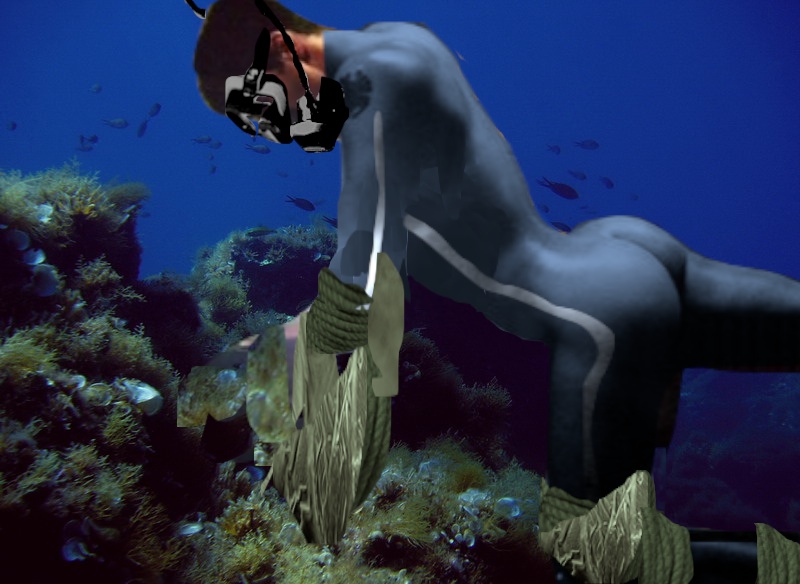 So fully absorbed with this unique equation, he does not sense the new presence swimming near him, not until he feels a sharp pinprick pinch into his neck. 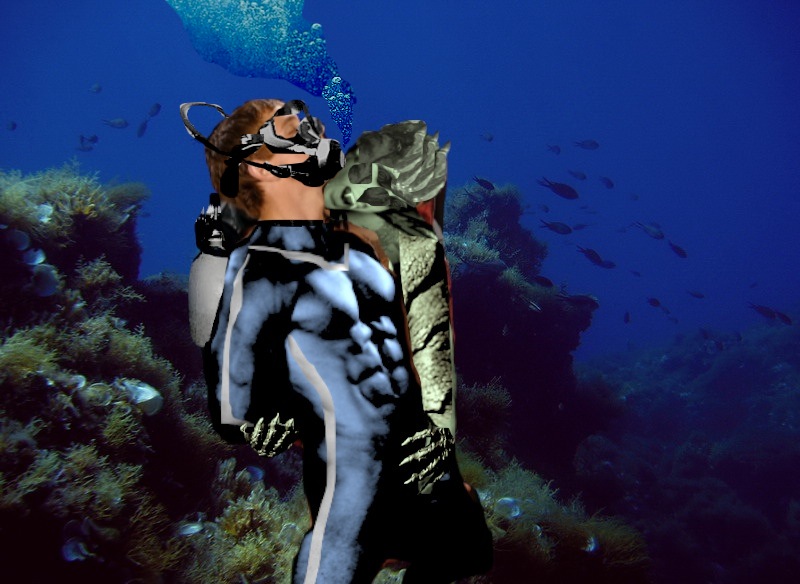 He turns quickly to react but sees only scales. He sees only scales and then blackness. Scales that covered long thin arms, which wrap around the limp form of the unconscious navy seal, carrying away the hunky prey. Scaly webbed fingers, which open a pressure lock hidden ingeniously within the coral. 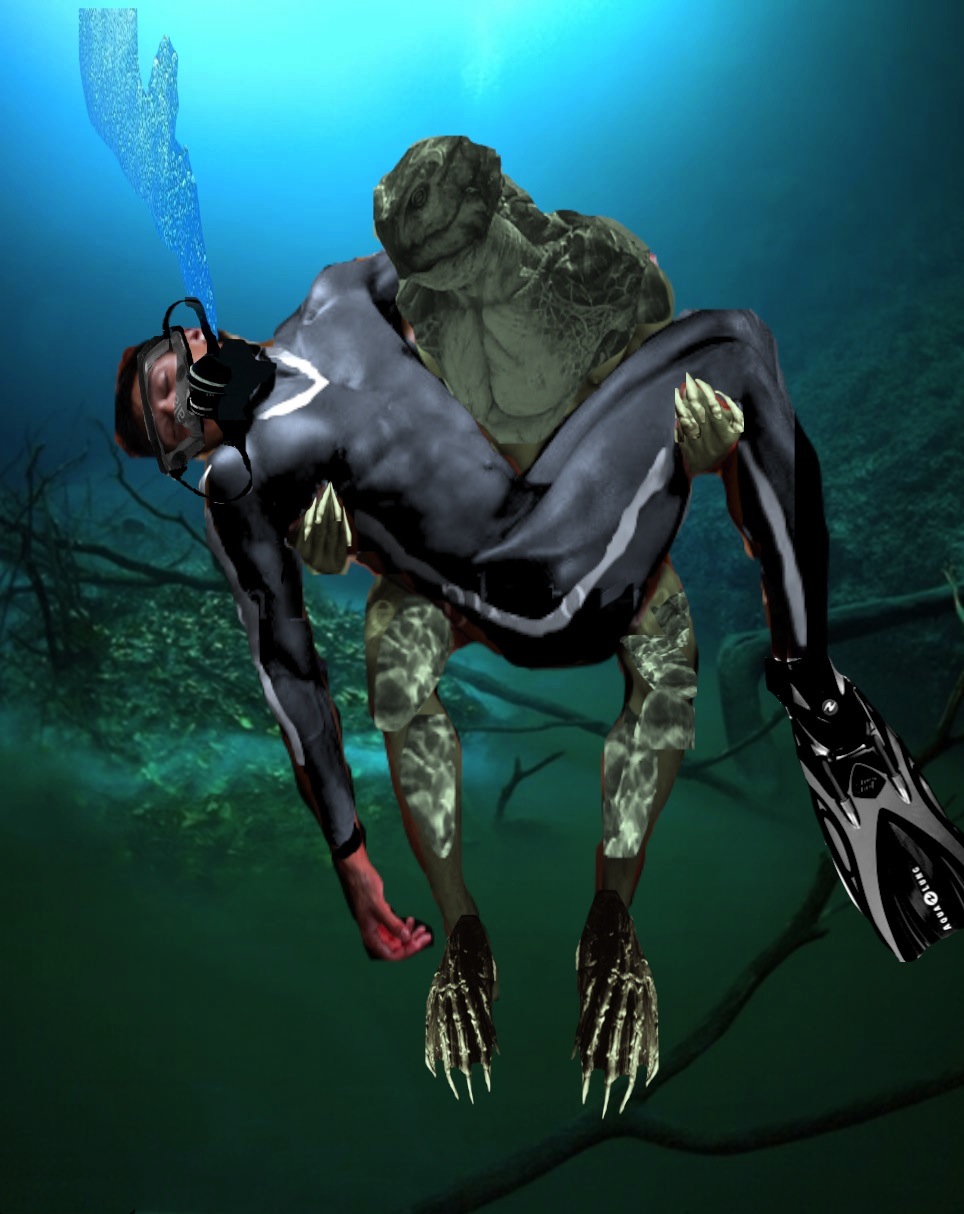 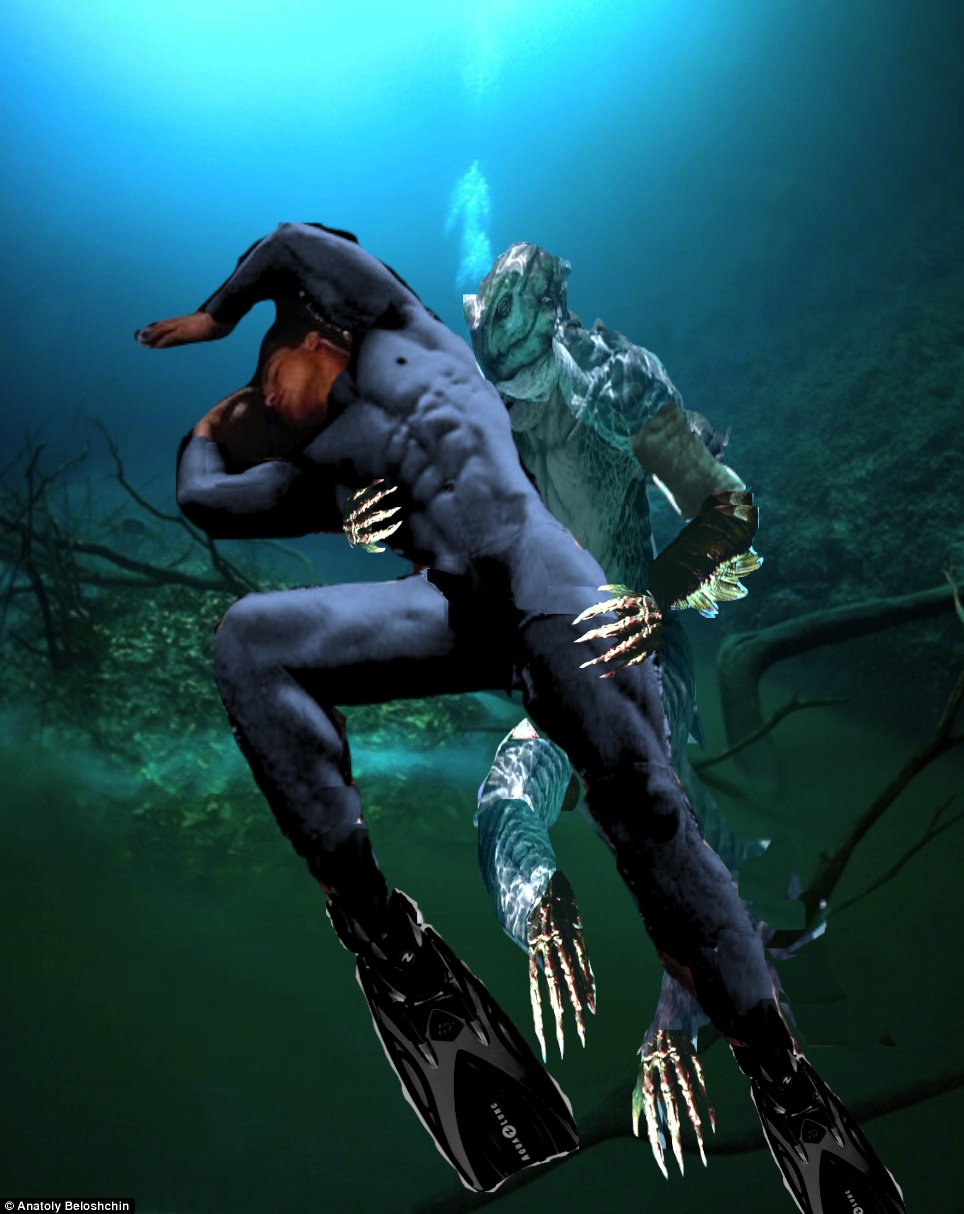 A scaly shoulder over which is thrown the perfect round ass outlined by sleek wet spandex, and carried up a steel ladder, wading with it's prize into a fetid chamber filled ankle deep with water. 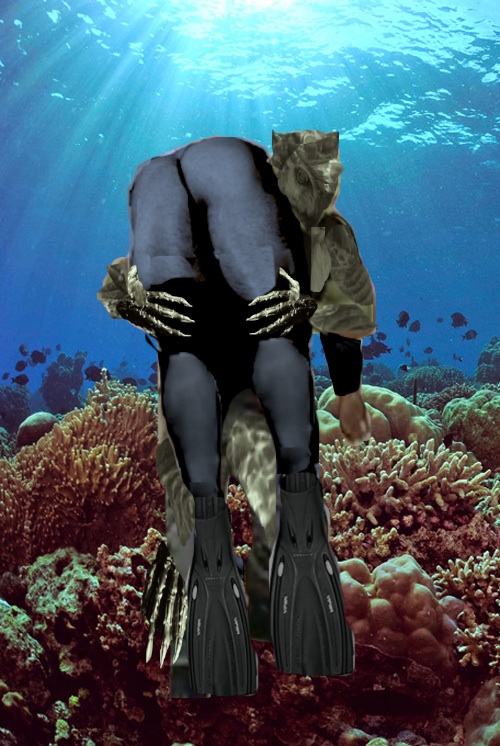 The scaly figure drops the dead weight of the sleeping stud face down into the pooled water covering the limestone floor, the dim light of the chamber reflecting off of the nylon covered muscles of the broad back and firm ripe ass. 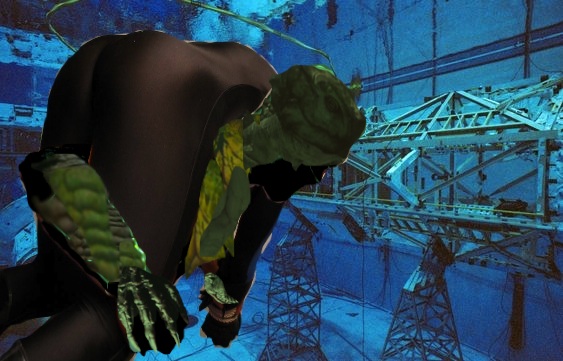 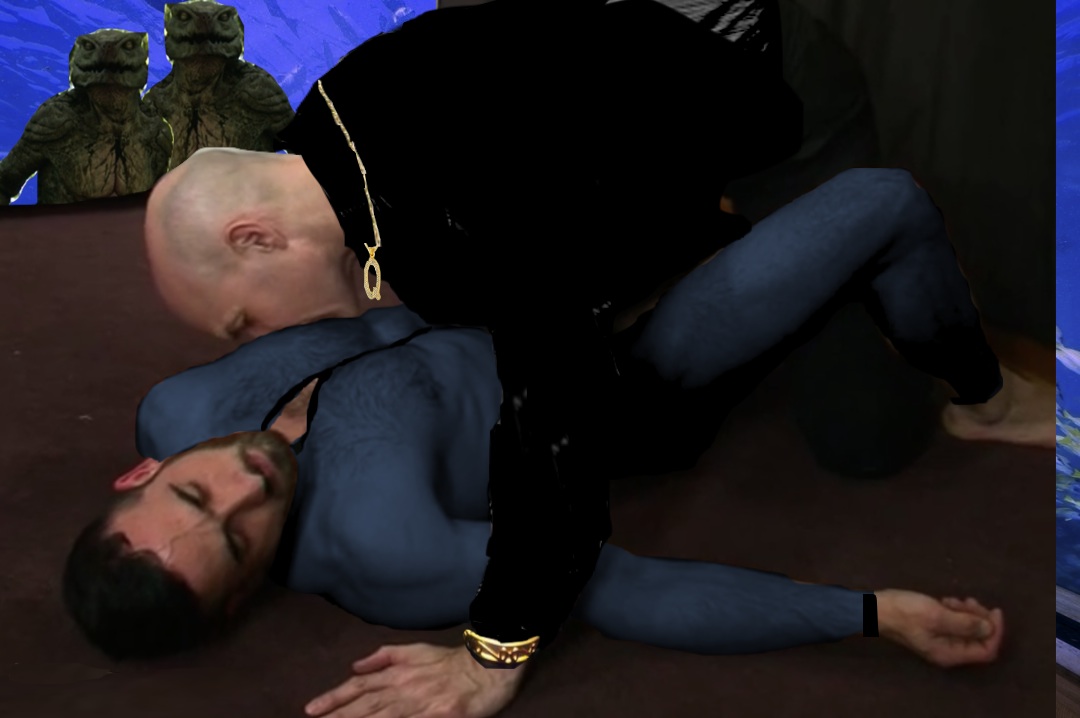 These same hands cup the granite jaw. "Ahhh, the great Lieutenant Flint. I had hoped you'd join us" 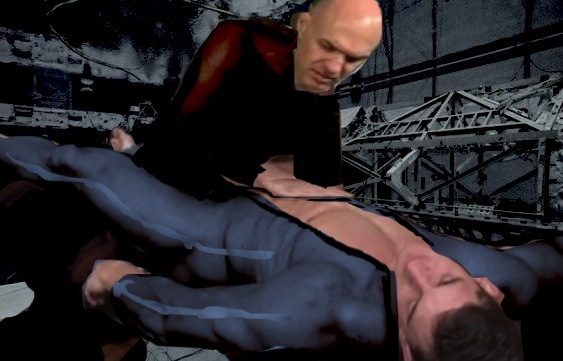