Always a victim to bad timing and new to turkey ranching, young Bobby Joe Belfry realized possibly all too late for his sake that genetically engineering turkeys on his own was a very bad idea.  And as the feathered absurdity approached him with a crazed look in its eyes, he couldn’t help but wonder how the fuck that crazy bird had overpowered him and tied him to the ground.  It all happened so fast.  Then as his monstrous creation readied him for a dinner engagement that he could talk his way out of, Billy’s biggest regret was that the bowl of Cap’n Crunch and a leftover slice of pizza that he had for breakfast might have been his last Thanksgiving meal.  With his nuts at the tip of a barbecue fork and a matching knife quickly descending on his manhood, he wondered if his partner in ranching and in carnal pleasures, Jim, would reach him in time to stop the mad turkey’s wrath.
Happy Thanksgiving, everyone. 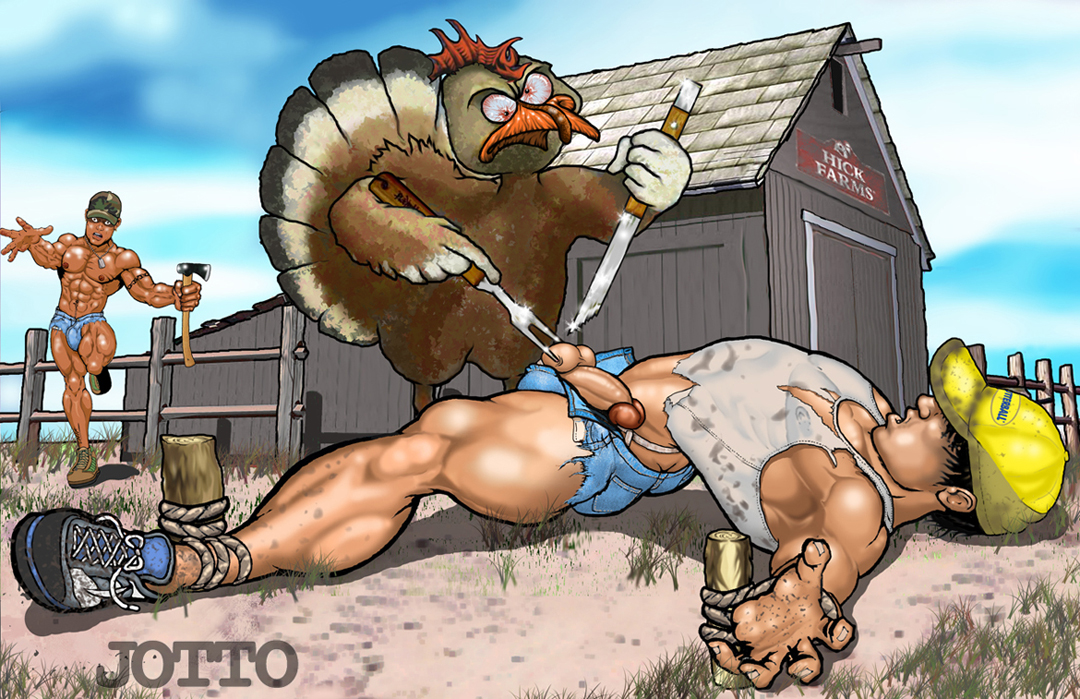