The Telemachus Story Archive
KO-ed Brody
Part 4 - It Only Happens When ...
By Kyle Cicero
Email: kysen1@yahoo.com

Chapter Four: It only happens when…

As Dr. Doom waited for his appointment with Brody he gleefully read the reports from the two female operatives he had sent out to initiate a sexual encounter the buff young athlete. Alone in the office he read each report savoring them like a fine wine as he read them out loud.

“Subject was encountered within twenty minutes of leaving you. As instructed I aggressively flirted with him. After some hesitation the subject was seduced into a tryst. Subject seemed ill at ease but, as you predicted, was eager to reassert his manhood after your exam. When we disrobed I made sure to clearly yet, subtly indicate a disappointment with his ‘size’. As predicted, subject was shaken by this observation. Thanks to this action and the drug he had been given by you previously, subject could not achieve arousal. As things progressed the subject’s performance inabilities in this area had its physiological effects. Subject repeatedly stated he never encountered this problem with women. After several failures to achieve any full erection I finally I told him to gather his clothes and leave. Ah he departed I asked him to hand me a nearby vibrator saying “ at least its hard.”

“From stud in bed to dud in bed,” Doom chuckled. He put the reports inside his desk drawer when he heard a knock at his front office door. “On time,” he softly laughed. Brody had called the doctor and practically begged to see him about a ‘medical condition’. “Come in,” Doom cheerily said.

The KO Brody who entered this time was a far cry from the one who had first seen Dr. Doom. While still stunningly handsome his eyes had a haunted look. “Doctor I need help,” he asked in a quivering voice. “Ever since my physical,” he stopped and gulped. “A problem.”

“Come, come my young boy,” Dr. Doom soothingly said. “Why I am here to help if I can. Now be a good boy and sit down and tell me what is bothering you.” He got up from behind his desk and walked over to the young hunk. Draping a comforting arm over the young man’s shoulder he smiled.

Brody nodded then continued. “I can’t…my cock…doc I can’t…doc…I…not…able to…get a hard-on,” he choked out.

“Not at all?” Doom asked pressing the issue. “Under any circumstances?” He knew the answer and wanted to embarrass the young hero into having to say it.

A desperate look came into Brody’s green eyes. He didn’t want to admit what had gotten him erect. He looked pleadingly at the doctor hoping to keep a shred of his dignity. “Once when a woman…doc do I have to tell about that,” he whined like a young boy.

Doom barely suppressed his glee over how well things were going. Physically, thanks to his drugs and his operatives, Brody had been unmanned. Now mentally his sense of maturity was fast crumbling. It was just as he thought; Brody’s entire heroic self-image was built upon a structure of his perceived sexual prowess with women and the continual feeding to his ego of adoration and approval. Now, for the first time, his vaunted reputation as a stud in the sack was shattered. The accompanying disapproval from the operatives had cracked that other supporting foundation stone. Doom continued the pressure. Brody’s humiliation must be total. “I cannot help you if I don’t know all the facts my young boy now can I?”

“But…not getting...hard,” he softly replied as he looked at Doom.

“Now let’s not worry till we see what is the problem,” Doom assured the distraught young hero. “Let’s go into the exam room and see what we can do about fixing this.”

“You think we can?” Brody eagerly asked.

“Test how doc,” Brody hesitantly asked as he disrobed.

“I could get technical but in lay terms, let us attempt a series of penetrations by various devices to determine if it was the item itself that aroused you or pleasure from being sodomized that triggered your erection.”

Brody, who by now was down only to his underwear, stopped undressing. “You mean I’m going to be fucked,” he asked in horror. He turned to face the crafty fiend wearing only a small grey, thinly strapped brief. The underwear showed off his amazing body while revealing the outlines of his now flaccid dick. 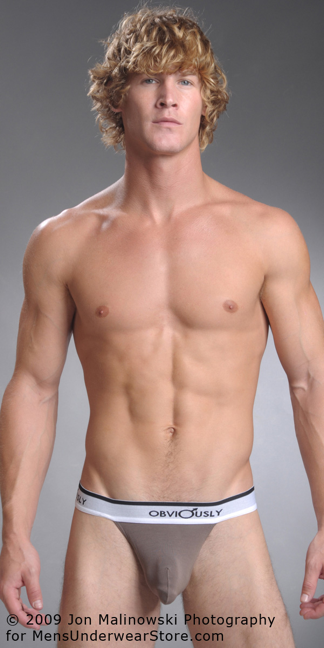 “Oh it will be quite necessary to do it with various items and repeatedly my boy if we are make an accurate diagnosis,” the Doom stated while trying not to stare at the blonde haired demigod standing before him. He gazed at the stunned hero. “We need to find the cause of this problem,” he paused then added with an irritated tone. “Or we can forget it and you can continue being impotent.” He stared at Brody and waited. As he did, he pressed a small button in his watch bringing the videos camera online. “Well.”

Brody’s face was a study in conflict. In the end he knew he could not continue being incapable of sexual release. He had always been highly active sexually. His first intimacy was when he was only thirteen. He had aggressively pursued and seduced an attractive thirty-five year old neighbor then had followed it up by taking the virginity of her two young daughters in record time. Since that day he had engaged in numerous sexual encounters with as many females as he could in order to, as he privately called it, “bag and tag the bitch”. Many times he “serviced” multi partners in the same night. Now, it had been five weeks since his last orgasm. He had even failed at repeated attempts at self-masturbation. By now he was edgy and desperate to shoot his jism. “Okay,” he mumbled. “Whatever it takes. I agree.” dejectedly

“Okay what?” Doom queried hoping for Brody to say on tape some critical words. “You agree to what my boy. The federal medical laws require I get your fully informed consent to any procedures. So be explicit.

“So it is fine,” Doom insisted. “No mater what implements are required or the manner & number of tests to be done by this method?”

Brody gazed at the doctor. By now the cutoff from his usual fix of endorphin highs created during his continual & regular sex actions were taking its toll upon him. Having always engaged in sexual activity, his body and mind were totally addicted to the combination of chemicals produced by his arousals and orgasms. Dr. Doom had relied on this fact when he drugged Brody into impotence. Now it was make or break time. “We can stop but then you will have to endure this no sexual ability issue.”

Brody had been about to change his mind when those words were said to him. Suddenly, he was overwhelmed by cravings to once more achieve an orgasm. He felt as if his head would explode if he didn’t get sexual release. He caved. “Yes lets get in there so I can be fucked okay,” he yelled.

“You sure,” Doom teased while reveling in Brody’s obvious utter mental collapse. “If you don’t want it say so now my boy.”

“Its fine.” Brody babbled as his desire for sexual release increased. “I agree to being fucked. It's fine. Fuck me okay,” he said as he lost control of himself. “I want you to fuck me in whatever way you think I need to be fucked. I’m desperate doc so lets get in there and fuck the shit out of me it till it fixes this issue.”

“If you are sure now,” Doom could not help but add.

“Lets just do it, okay. No matter how many butt- fucks you think I need.” Brody now violently insisted as he lost any restraints with his emotions. “Just fuck my arse and be done with it.” He broke down into sobs. “Please I’m begging you. I want to be fucked no matter by whatever you feel needs to be used or how much it is done, okay. Please get me on that table and please doc…fuck me.”

Doom let out a sigh of triumph. Some editing might be required but, the campus’ golden boy, the macho heretofore boastfully heterosexual KO Brody, had just asked to be repeatedly screwed and it was all captured on a DVD. “Well then get up on the table my boy and we will begin.”