A Night to Remember

David had gone to bed early. Damian is soon to follow. But first he removes his flannel shirt and corduroy pants, white cotton T-shirt and jockey boxer briefs. As he sits in the plastic chair to remove his running shoes and white socks, he hears a stirring noise coming from the open bedroom door behind him.

Before he can look around to see what is causing that slithering sound, a slimy green tentacle wraps around his upper body. He is pinned to the chair. Slowly around his right side slides this worm-like appendage and fixes itself on his flaccid cock.

It slurps and sucks him up to a full erection in no time. He is unable to speak or cry out to wake up sleeping David. And yet the pleasure is unprecedented as his cock is slowly worked up to a powerful ejaculation. 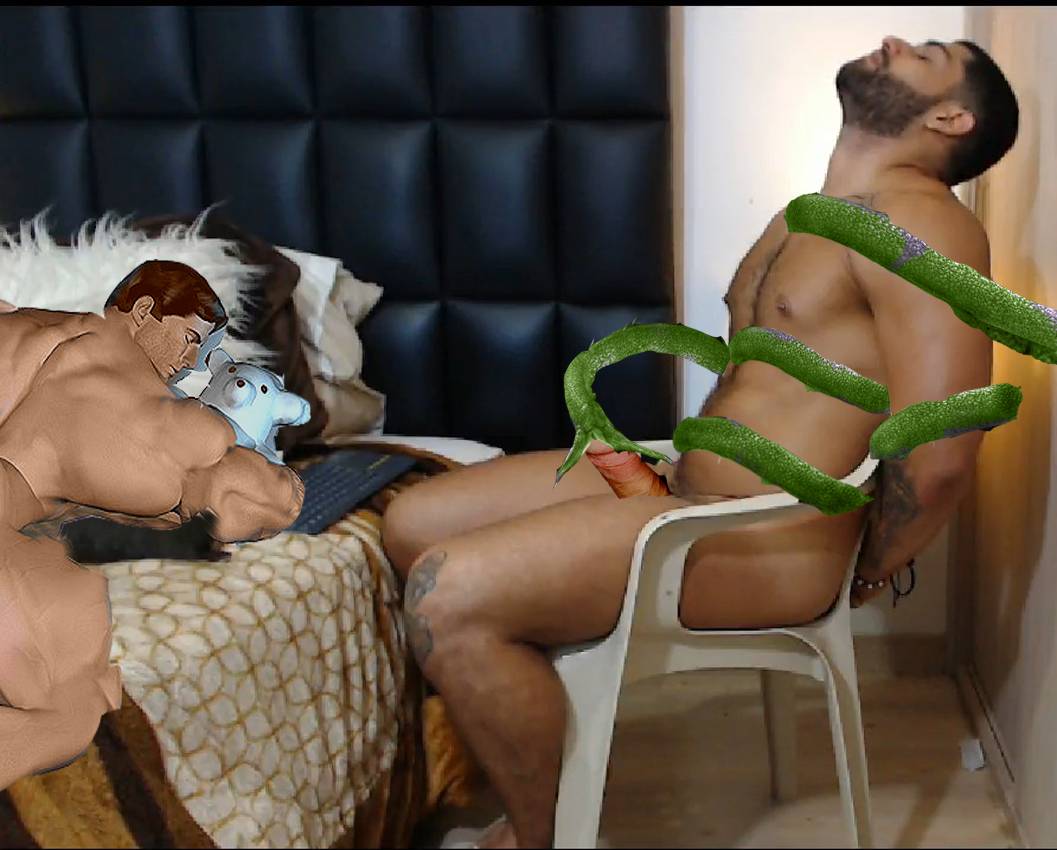 Exhausted, Damian crawls into bed beside soundly sleeping David and falls into a deep sleep.

The next morning he says not a word to David about his nightmare experience. Nonetheless from here on in he makes sure the bedroom door and windows are securely locked in s of warding off another intrusion.

The end? Or is this just the beginning of a strange relationship?