Towards my last year in Berkshire Community College, I noticed Ignatius Harding. 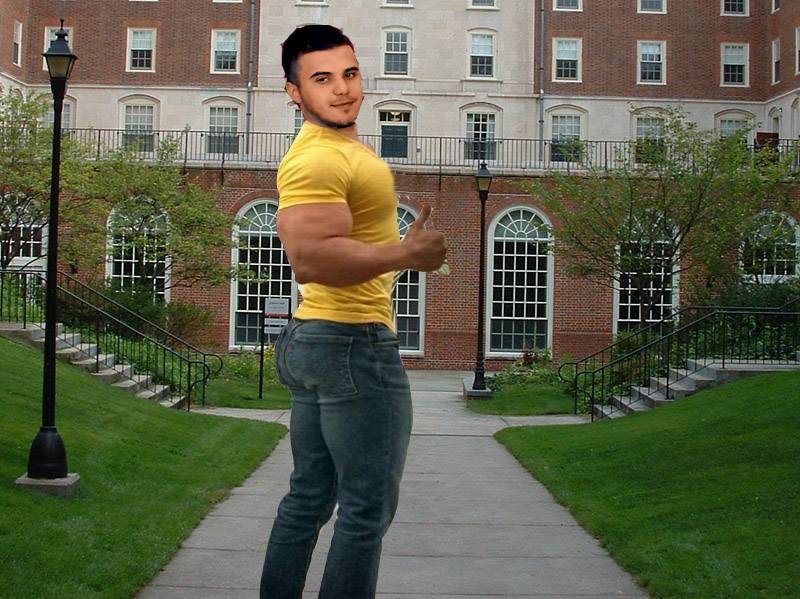 Of course I had seen him in classes and around the campus, but it wasn’t until our last week before summer vacation that I saw him without his shirt. 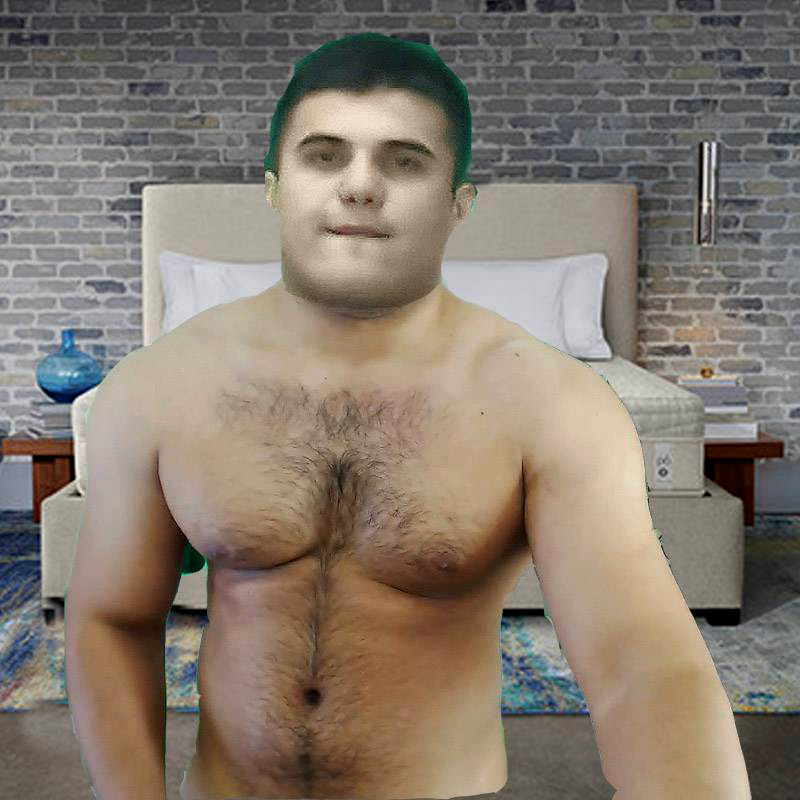 The man is tall, about six feet or so, with dark brown hair. He has a nice smile and is very friendly. The Harding boy is not one of our brightest students and is naive to some extent, or a bit too trusting of other people for his own good. I never really paid him that much attention until the time I see him up close and stripped bare to his waist.

At that time he has an expanse of body hair on his chest that fills the space below his collarbone but not yet reaching as far as his pink fleshy nipples. I remember thinking this is a strange pattern for a hairy chest.

In those days I don’t realize that growing chest hair is an ongoing thing. I thought you either have it or you don’t. Watching Ignatius Harding growing out chest hair through the years was a delightful pastime of mine.

When we happened to both be in Lafayette, New Jersey working at a summer camp I had many an opportunity to update myself on the progress of the spreading growth of chest hair. That hot summer we would play volleyball or soccer, and inevitably shirts would be peeled off in the heat.

In those days Ignatius has a tight beefy young body. He was twenty years old at the time. His nipples are to die for, even though I didn’t realize then that men’s nipples could be delicious to suck on.

His stomach muscles have a clearly defined line that separates the left side from the right. His navel is deep and wide. But that summer most noticeable of all is that the carpet of chest hair has advanced down his broad pectoral muscles to begin delightful patterns of swirling dark brown hair around his protruding pink nipples. Even his new treasure trail of hair is beginning its inevitable march toward his pubes.

During those sweaty games I took every opportunity I could to get my hands on on his body without being too obvious. I started in the excitement of one victorious game or another to grab onto his firm belly under the guise of giving him “The Claw”. At first he is puzzled by the maneuver, and when I explain that it was a Professional Wrestling hold made famous by Killer Kowalski, he too got into the spirit of the fun by pulling the same maneuver on me.

Of course I scream and holler in mock pain when he applies it on me, knowing that out of sympathy he would offer me his belly in return.

One summer afternoon I was in heaven when the guys out of boredom started giving each other “Pink Bellies”. Usually they were executed when someone was hanging from the metal pipes holding up the basketball hoop. To hear the musical slaps and seeing the resulting redness on those muscular and sometimes hairy bellies usually made my day. I remember they chased down and grabbed Ignatius Harding for the long overdue reception of his “Pink Belly.”

Unfortunately he still was wearing his sweaty torn T-shirt so I couldn’t update myself on the continuing growth of his chest hair up close. They threw him to the ground, turned him over onto his back while Bob Coles restrained his muscular arms behind his back in a double arm lock, and Johnathan Weiss with Frank Grates’ assistance held his legs down, immobilizing the Harding boy. It was Dennis Vanoute who had the honor of raining down those stinging slaps on the firm bare flesh of Ignatius’ now newly grown in hairy belly. 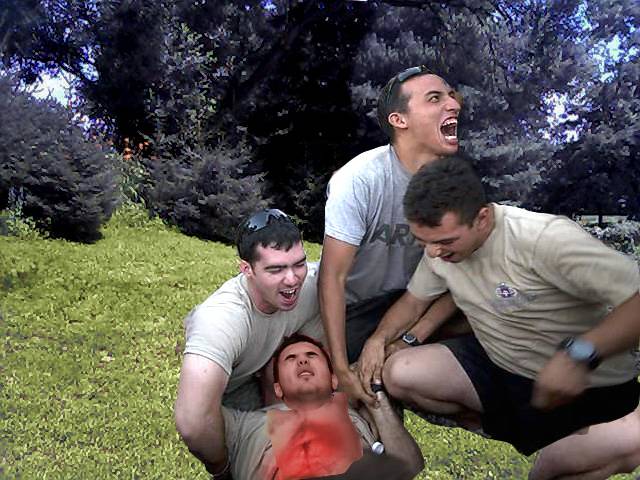 The man didn’t yell, squeal, struggle or cry out, he just lay there taking the punishment like a stoic, emitting just a grunt now and then to register his protest.

Too soon the group tire of their game, but Frank gleefully suggested that maybe tickling him would elicit a better, more vocal reaction. They attacked him with a fury only a crowd could get away with. No longer the long suffering silent man, Ignatius erupts with howls, giggles and out and out screaming laughter when they poked and dug into belly and ribs.

They kept up his torment for several minutes until tears roll down the man’s cheeks. He begs them to stop or he would get angry and mad. The cowards that they are, the predatory group ends the session abruptly. The victim gets up off the ground, brushes himself off, and holding his stinging ticklish bell, tells them that there are no hard feelings. Looking at the man’s crotch, I see that there is at least one hard feeling left.

I would have loved to have taken Dennis’ place in administering the “Pink Belly” and the subsequent tickle torture, but I didn’t want to risk alienating the guy because it might have jeopardized or little wrestling game. Nevertheless it was indeed exciting to watch, so much so, that I had to jerk-off that night in honor of that memorable afternoon filled with sexual tension.