Pfc. Brian Stanford watched as his captain was taken, unconscious, from the metal stake and hauled back into the stinking stall that served as a makeshift stockade. It was his turn to suffer and he knew he would take it without shaming Corps or country, drawing strength from the example of his superior officer and, more so, from the wordless encouragement felt as he witnessed the captain’s ordeal. He refused to cry out as the lash bit into the smooth skin of back and chest, impressing his captors until, sated at last, they hauled him back to the stall, hunched near the captain, to recover for a few days. He wondered what had happened to Tommy Beck, taken, crying and clutching at the crotch of his shorts, to some unknown destination. On the second day the stall was crowded by delivery of a new group of prisoners, dusty from the road and scared shitless; a few ragged Americans and a coalition foreigner. 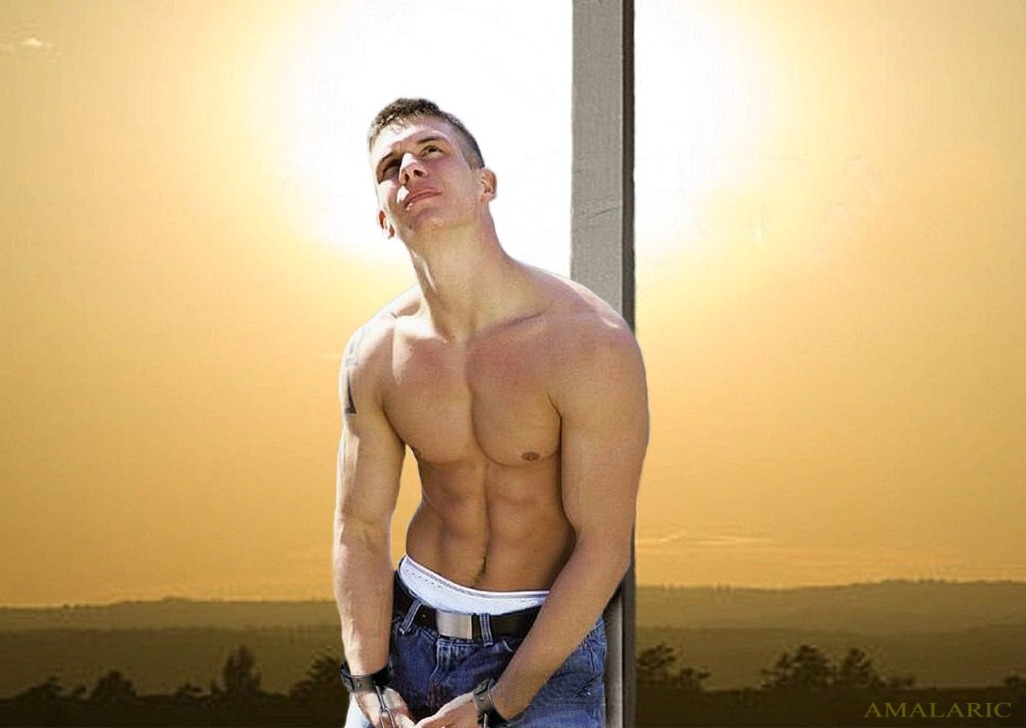 The painful ride hogtied in the truck bed seemed to last forever and the men were warily silent as a deep sense of nameless foreboding pressed on jack-hammering hearts. Brian drew strength and was grateful for the proximity to his captain, Steve Morgan, leaning against his muscular side, feeling the fellow marine’s warmth and the hard sweep of muscle but mostly drinking from the well of the other man’s courage. The truck pulled over at the top of an escarpment and the men forced onto the sand. Brian looked up at a stark forest of metal crosses and, holding fast against a tidal wave of fear, struggled to accept his fate.

Each man was led to an upright stake and forced by taunting guards to strip. 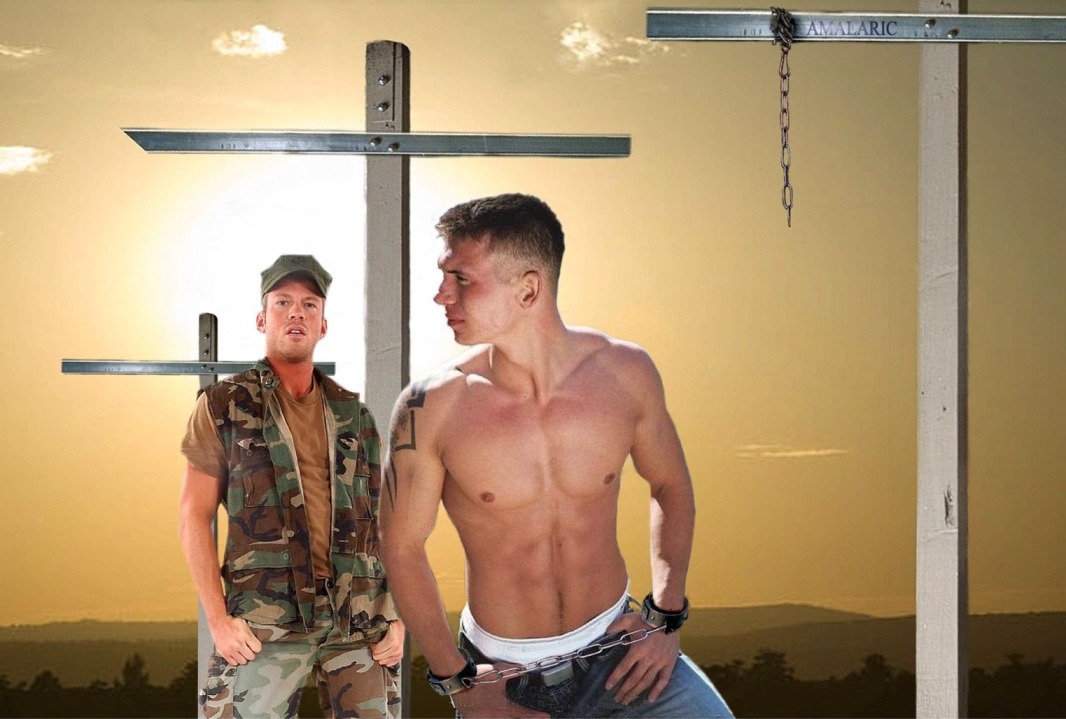 Brian Stanford hung naked, body twisting in the glare of a desert sunset, battling against the pain of wrists bolted to the metal cross bar and the screaming dislocation of joints and sinews stretched to their limit. He wanted to scream, but refused; no, the young private would not dishonor Corps or country, remembering his captain, out of sight ten yards behind but clear in his mind’s eye, as he had been the first to mount his cross while the others were forced to watch in rising terror- Steve Morgan’s hairy body glistening in the sun, but his strengthening words still echoed in the private’s burning ears, filled with encouragement and a bond of brotherhood stronger even than the iron that held him in it’s hard embrace, pinned to the desert sky. 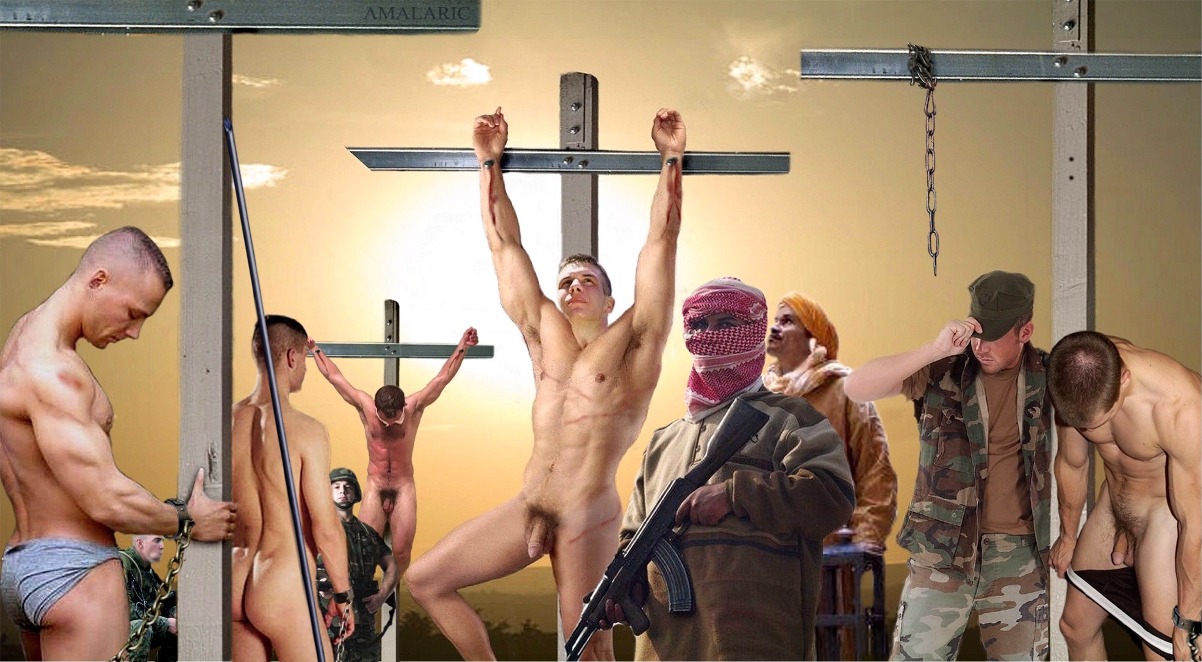