Somewhere both nearby and far, far away is a special ranch where young studs (variously abducted from lives of utter normality) are kept; corn fed, worked out and all together very fit and handsome...for a special purpose. You see, this highly selective and well heeled outfit specializes in what are euphemistically known as 'Stud Safaris' for discreet customers that are also able to pay the astronomical fees. The company owns an island, roughly twenty miles of rolling forest and meadow, far from prying eyes. Twice a year, a special hunt takes place... 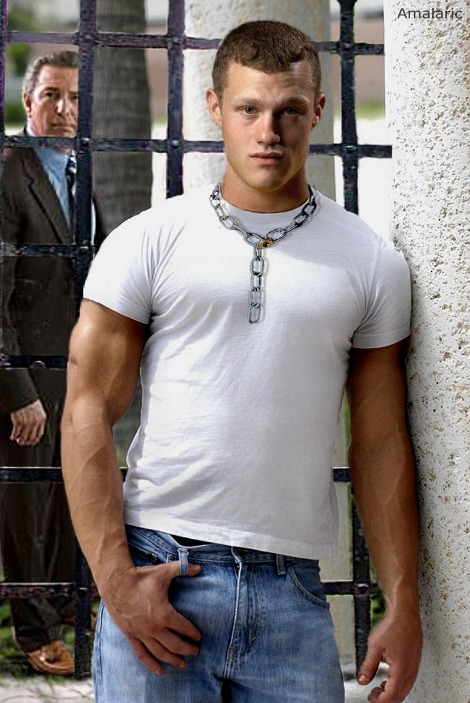 First, certain studs are selected by trained agents back at the ranch. These will be released on the island for the hunt. Once a stud is identified he is examined to make sure that he meets all of the standards demanded by a hunting connoisseur. He is then removed to a holding cell to await shipment to the island. 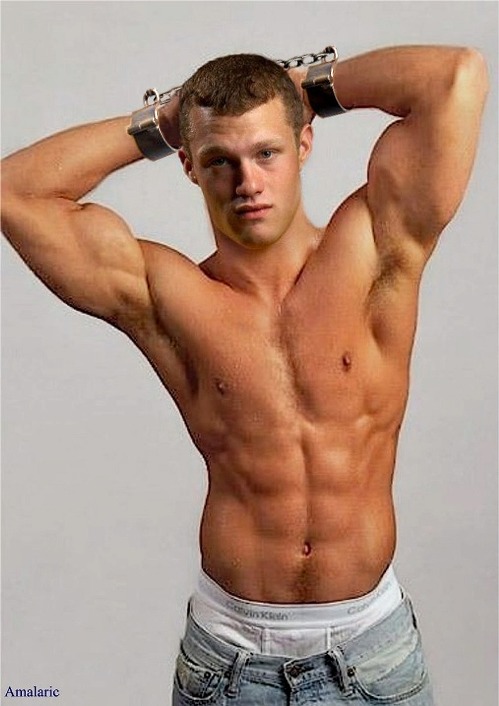 Eventually, the group of bucks selected for the particular hunt are all identified and evaluated and the quota, usually around twenty, is filled. The herd of excited young animals are then dressed in undershorts, jeans or khaki trousers. Shoes and shirts are not allowed. They are taken to the loading dock and packed in a large container for shipment to the island. 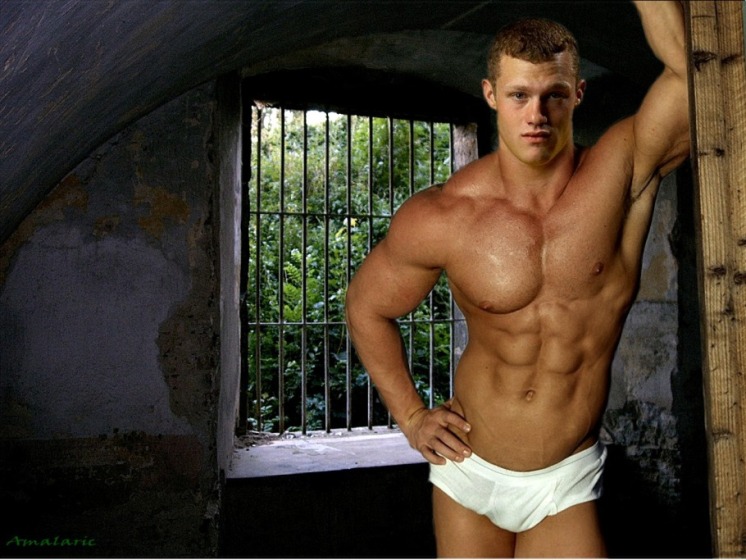 Once the stock arrives at the island they are released, exactly one and a half days ahead of the arrival of the hunters in order to give them time to disperse and make things interesting. The animals are in good spirits, if somewhat nervous and even afraid- the stakes are high! The hunt will last for five days. If one of the bucks manages to avoid capture for the duration, he knows that he will be set free. It is a powerful motivation for the restless bucks, chaffing at the captivity experienced back at the ranch. A buck also knows that if captured, he will become the property of the hunter. One way or another, life as they knew it is over and things will now be very different for the group of bare chested, muscular young men, gathered, under the supervision of their handlers, on the loading dock of the island. The moment finally arrives and the studs are released into the forest. Some band together, some decide a better strategy is to go it alone...all hope for the skill and stamina to avoid the guns of the hunters. 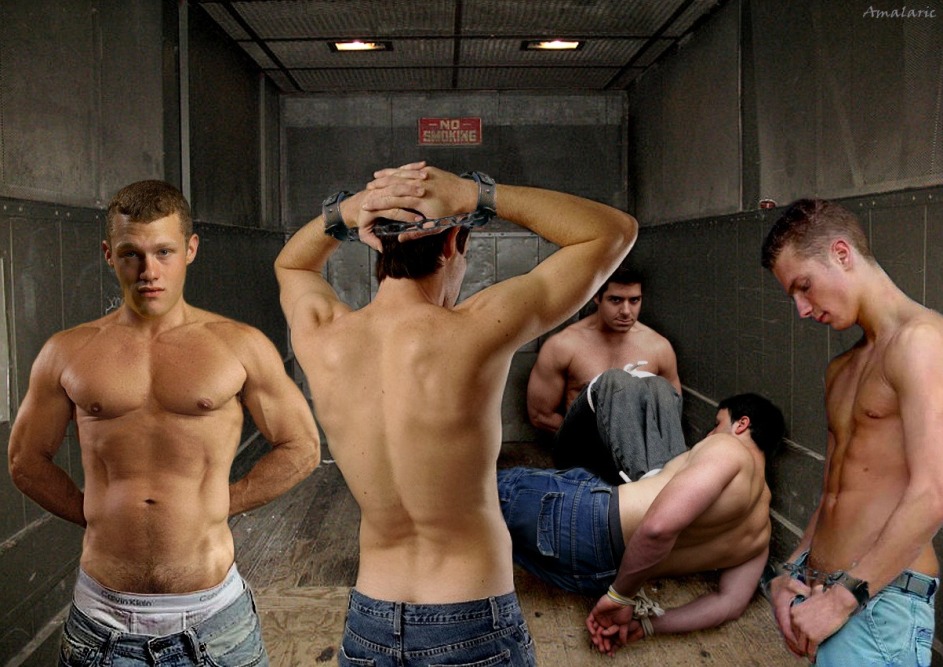 The hunters arrive a day and a half later. To a man, they are as excited and filled with anticipation as the bucks they will hunt, though for very different reasons. Each hunter is supplied with food, camping equipment and, most important, a loaded rifle and fifty extra rounds of very special ammunition. The aim is not to kill the prey- that would defeat the whole purpose, as each hunter anticipates bagging a live buck to take home and enjoy. The rifles have been modified to fire tranquillizer darts; fast acting, but also quick to wear off. The studs can be brought down with these, but they only remain unconscious for approximately ten minutes, which gives some advantage to the hunted; if he is able to avoid open places it is possible that the effects of the tranquillizer will pass before he is tagged and roped or otherwise permanently immobilized. The hunters joke with one another, but there is also a competitive edge, as they know that the company imposes no limits on the game that can be bagged, yet there are only twenty bucks running loose on the island. Some hunters may go home empty handed, while others, lucky or skilled, may return with two or three strapping prizes to enjoy. Considering the base fee of five hundred thousand dollars to participate in the hunt, the stakes are very high. 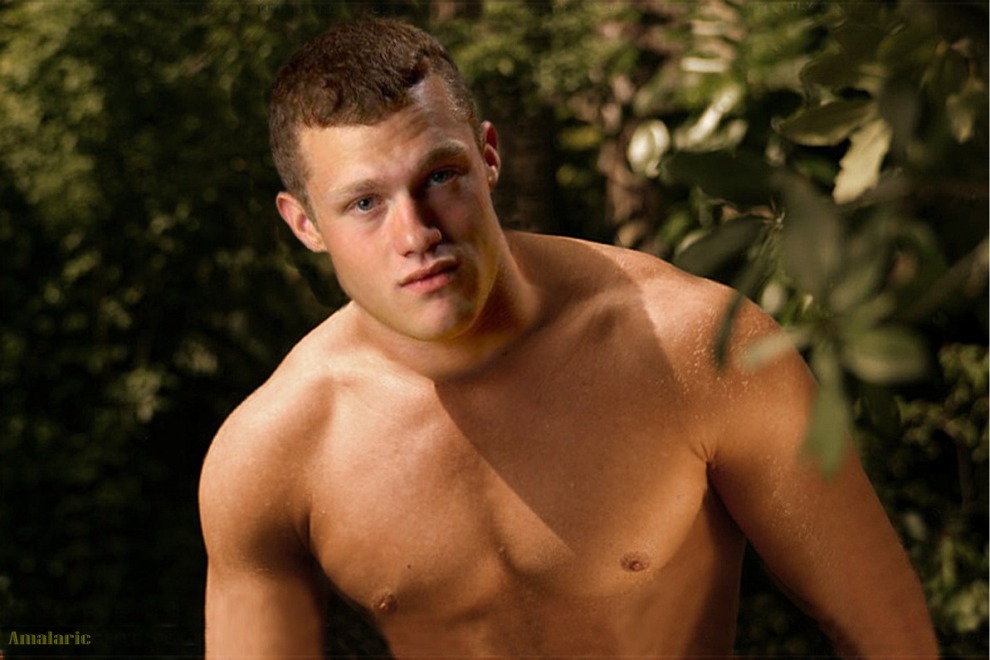 Two days into the hunt, a group of bucks have banded together. Water is plentiful, but foraging for food more difficult as the hunters are well aware of the spots where fruit and other edibles can be found. The wary group is surprised and, panicking, flushed into the open. Guns blaze and two are immediately taken down, easily retrieved and immobilized. They come to consciousness bound to fresh servitude, bleary vision filled with the beaming faces of their captors. The third makes a run for it. He is fit and the adrenaline pours extra speed into his pumping legs as he sprints across the meadow for the safe cover of the forest canopy. One of the hunters verbally tags him- 'This one's mine, boys!'- and takes aim... 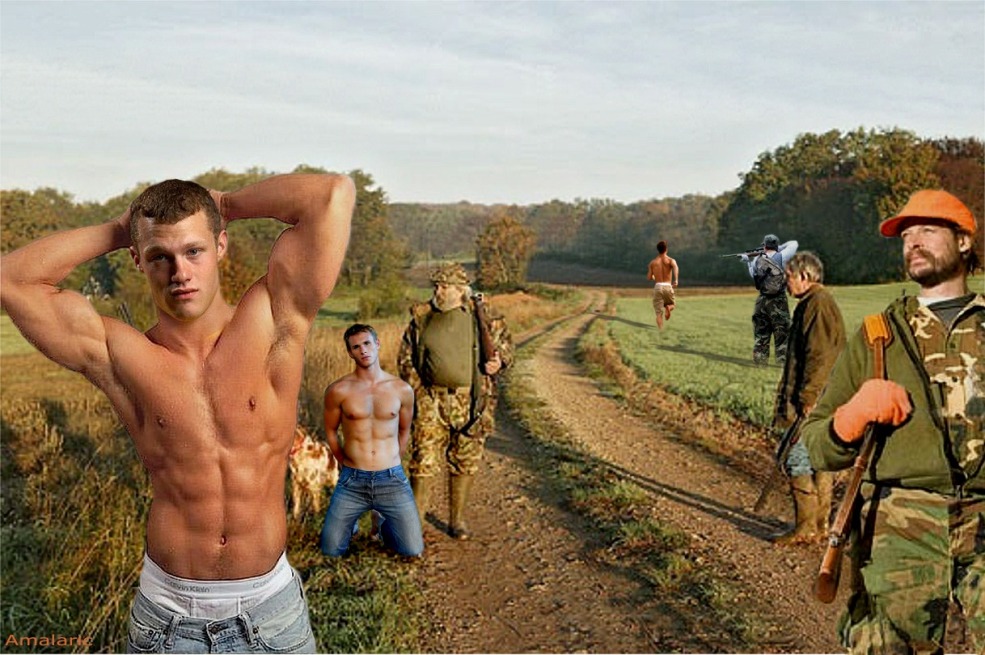 The hunter has had a good day and considers the five hundred thousand well spent. The late afternoon sun casts a mellow light on the pastoral landscape as he leads his captive stud to the packing shed. The muscular young buck is all that the hunter had hoped for- tall and well proportioned, with smooth, rippling muscles, ruddy short cropped hair and gray-blue eyes filled with an expressive mix of anger, disappointment, uncertainty and...fear. The boy waits, hands bound securely behind his broad back as the hunter rummages among the supplies in the shed. 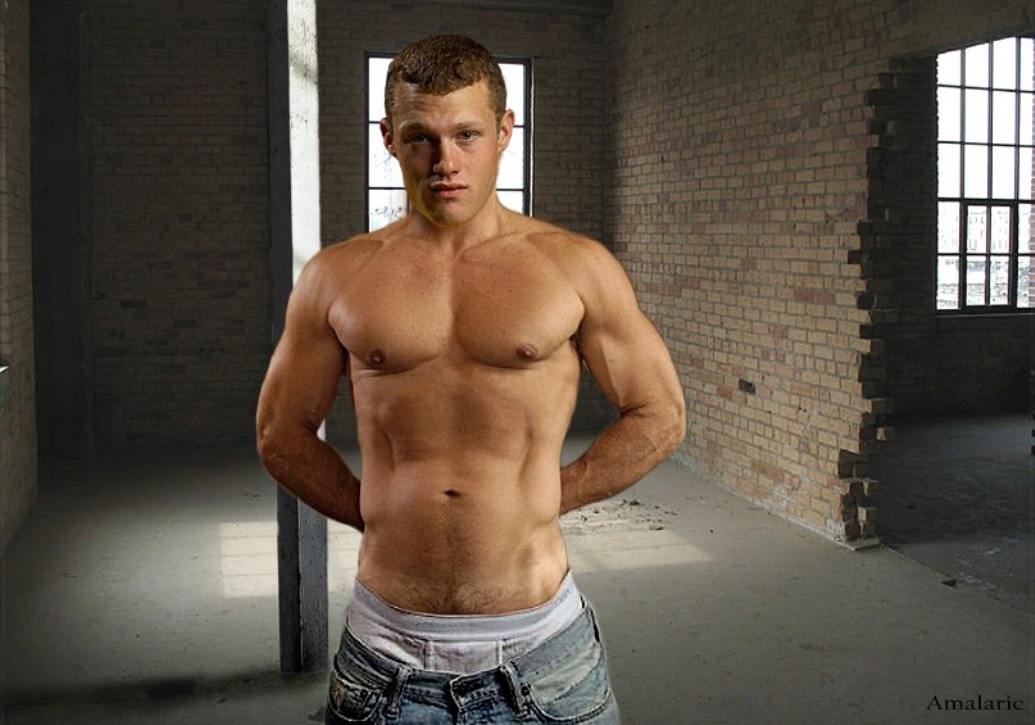 Eventually, all is ready and the stud's trousers are removed before he is immobilized against a post. 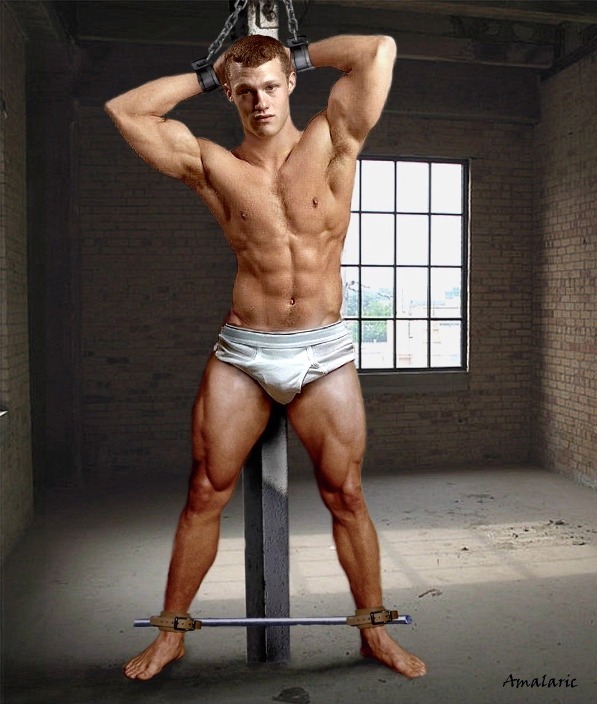 Admiring his catch, the hunter finishes stripping his skittish young animal and unpacks a few training tools. Of course, there will be plenty of time for that sort of thing in the weeks and months to come, but his mood is expansive and he wants to enjoy the boy for a while before inviting his buddies in to view the catch. Tomorrow the bound buck will be safely crated up and shipped to his new home; courtesy, of course, of the Stud Safari Company. 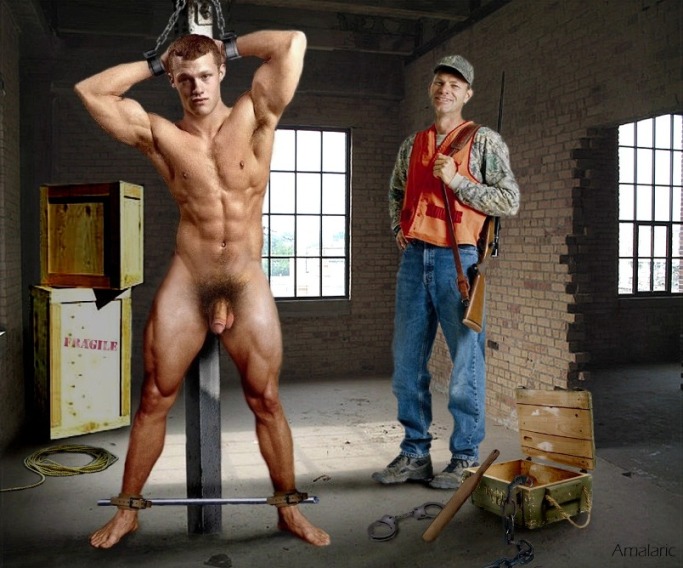